Medical residents treat patients at the clinic under the supervision of practicing physicians. Learn more about the Spokane medical residency programs here.

The clinic was constructed by WSU and is a rotation site for WSU students in pharmacy and nursing, and for Eastern Washington University students in physical therapy and occupational therapy.

The clinic opened to patients in August 2016. It is operated by the Spokane Teaching Health Center, which is a nonprofit organization formed by WSU, Empire Health Foundation and Providence Health Care formed to create the clinic to gain federal support for more medical residency positions in Spokane. Learn more about the Spokane Teaching Health Center here.

Above and below are photos of the clinic’s interior and exterior taken by Benjamin Benschneider for NAC Architecture in Spokane: 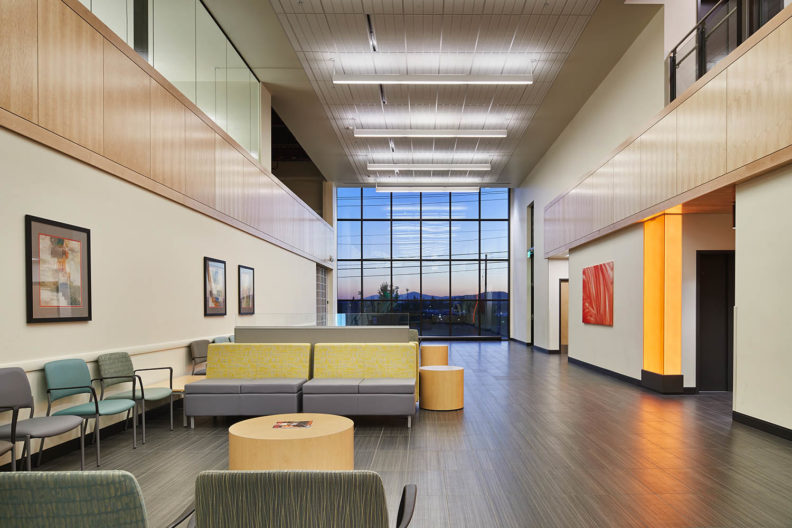 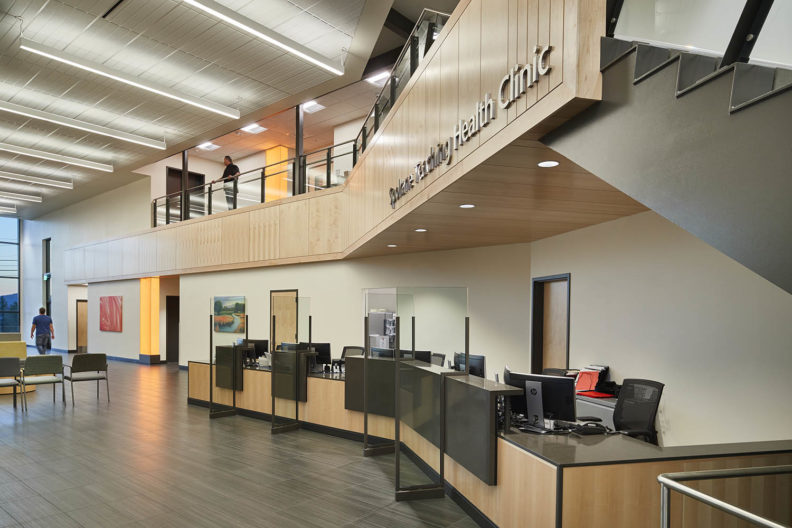 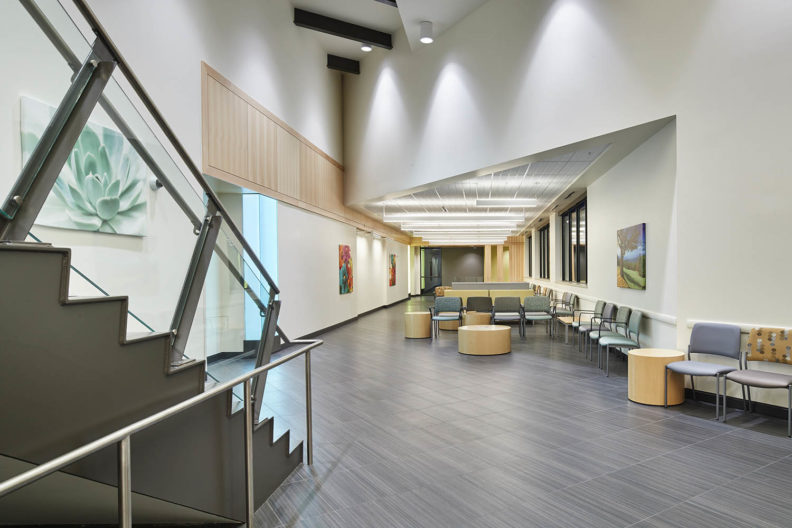 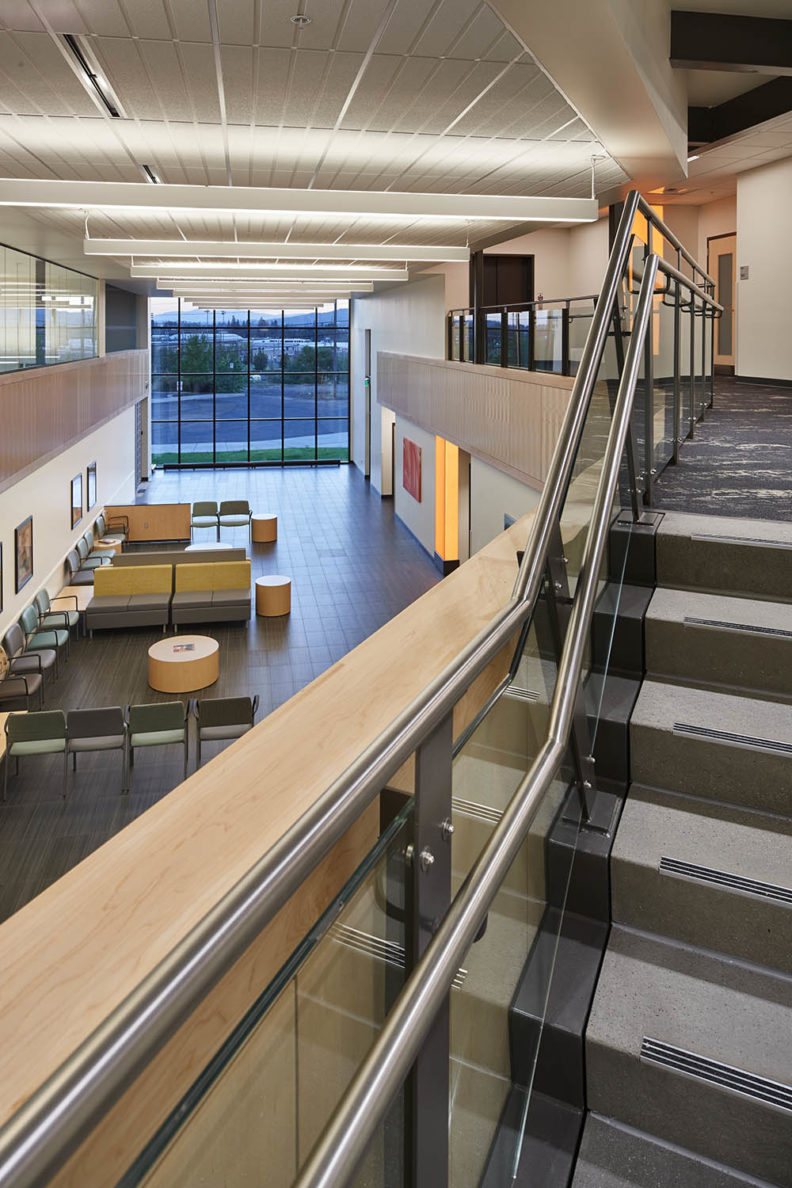 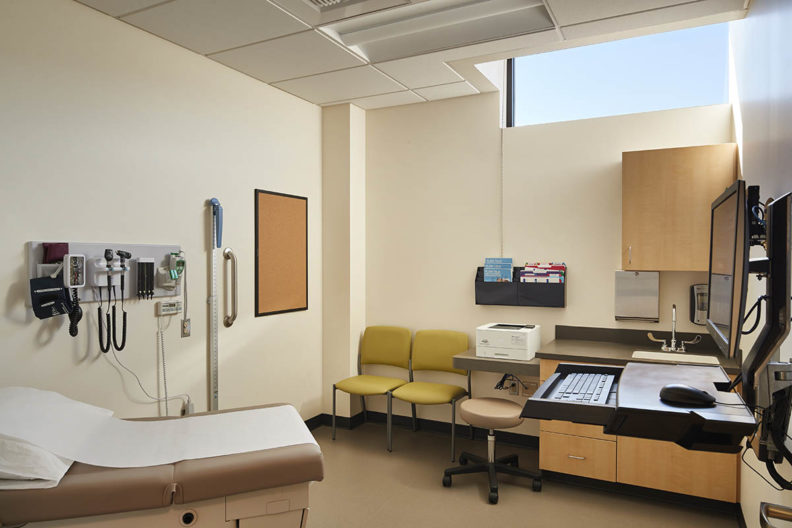 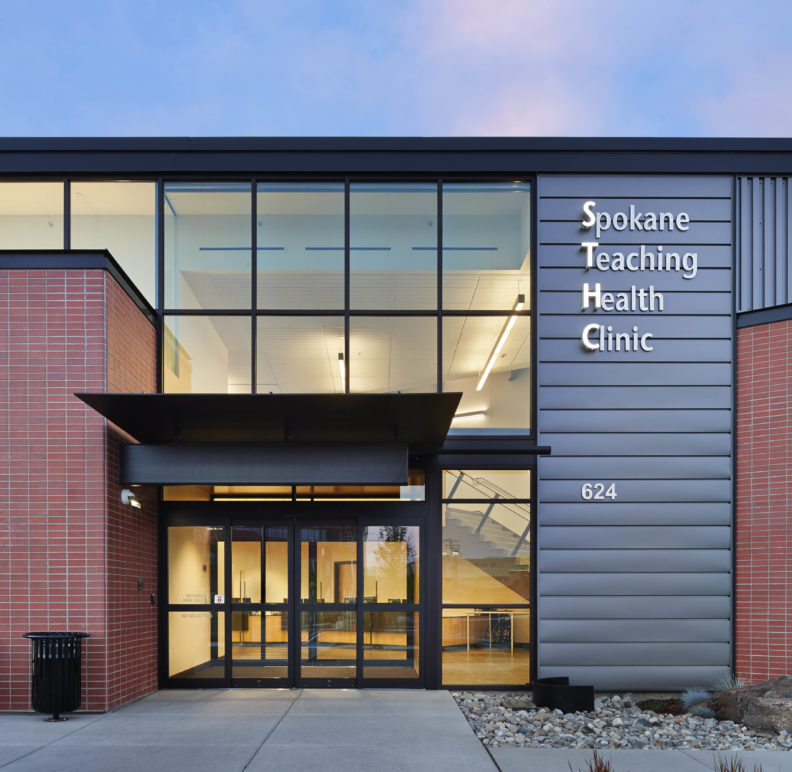 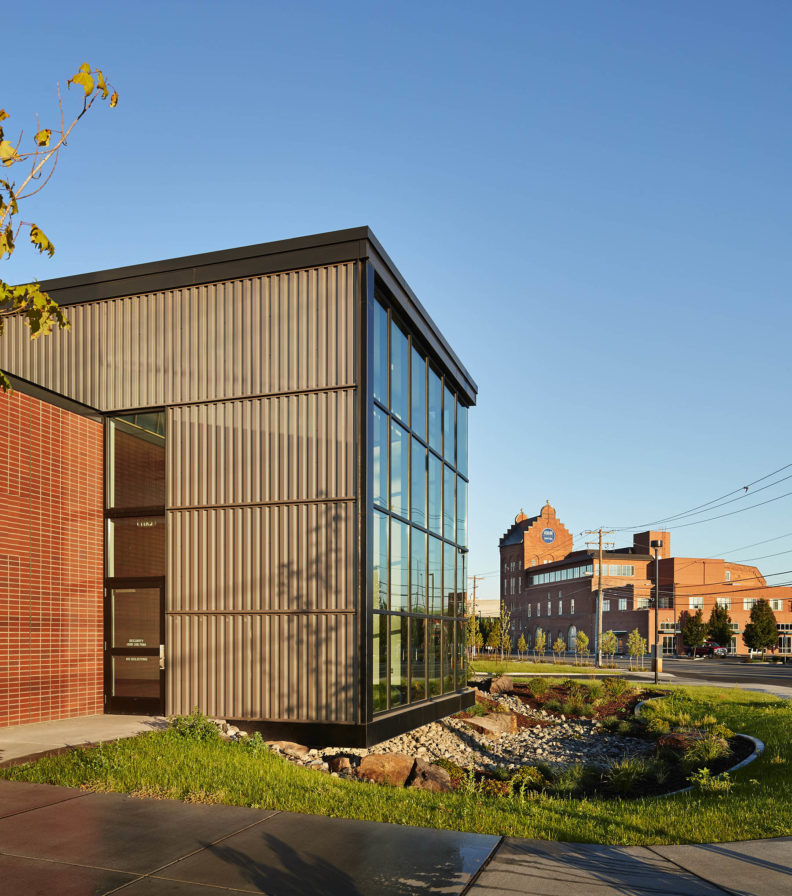 Aug. 1, 2016: Spokane Teaching Health Clinic opens. Medical residents and patients transfer from the Fifth and Browne Medical Building.
May 6, 2015: Groundbreaking ceremony held for construction of new clinic. Land receives Native American blessing from Robbie Paul.
March 2, 2015: Perione Warehouse on campus torn down to clear space for new clinic.
September 2014: WSU Board of Regents approved the sale of up to $16.25 million in revenue bonds for design and construction of what was then called the University District Health Clinic.
June 2013: By this time, the partnership has created a nonprofit organization to oversee the clinic and the new medical residencies. The administration of many residencies also are transferred from Providence to the STHC.
December 2013: A recently formed partnership of WSU, Providence Health Care and the Empire Health Foundation of Spokane was notified it would receive a $900,000 appropriation from the federal Health Resources and Services Administration to fund six new medical residency positions beginning July 1, 2014, with the opportunity to apply for more funding to support 18 more positions.