Oregon Health & Science University and University of California Davis School of Medicine are the other two universities working alongside WSU Health Sciences and its Elson S. Floyd College of Medicine. The collaboration is supported by a nearly $1 million, five‑year grant from IHS’s Indians Into Medicine Program, as well as more than $1 million in financial and in‑kind contributions from project partners.

Only about 0.4% of all working U.S. physicians are Native American. Just 44 of the 21,863 enrolled medical students nationwide this year identified as Native American alone. If all 18 project students go on to study medicine, they could increase the total number of Natives enrolled in U.S. medical schools by about 40%.

Over the summer, COVID dominated (and still continues to dominate) headlines. Yet on June 22, despite the pandemic, and amidst such chaos, leaders from WSU Native Health Sciences and the WSU Elson S. Floyd College of Medicine were able to persevere and launched the area’s first-ever Reimagine IndianS into MedicinE (RISE) Summer Academy. For more details about the program, see previous article. In this article, we’ll take the opportunity to rejoice, to revel in this slice of good news. And who better to celebrate this accomplishment with than the people responsible for the academy and the students who benefited? We asked students, organizers and instructors about their experiences leading up to RISE, about impacts of the six-week program, and why future investment in the program is vital. 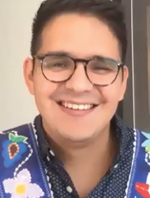 Michael Mudgett, Member of the Spirit Lake Tribe, North Dakota
After earning my master’s, I worked for 10 years, more behind the scenes, in tribal epidemiology, but being in the communities, working with other physicians and scientists, researchers—it planted a seed in my head that maybe I could do more if I was more boots on the ground in communities. Working with tribal populations, it reminded me of working with my own tribal community. The more I did it, the more I got the feeling that it’s what I should do—be a doctor in my own community.

I began taking pre-med classes, but it caught up to me that I’d never taken a chemistry class in my life before that point. On top of that, along the way, I was continually confronted with, ‘how am I going to do this’? ‘how am I going to study for the MCAT’? ‘how do you apply to med school’? I was lacking in resources and access and didn’t have Native people around me who were doctors. These are the types of barriers that exist for American Indian and Alaska Native students across the country. It’s a weight that I think a lot of us hold and don’t realize we hold.

Dr. Bender, who has been a mentor to me for many years, led me to the RISE program. I got accepted and the program was great, especially having the comradery with so many students I could identify with. The MCAT prep was amazing too—there are no other programs with a focus on Natives like this one that I am aware of. We had cultural speakers and mentoring from doctors who are Native and connecting with us. Without programs like RISE, I wouldn’t be where I am, these programs have changed my life. 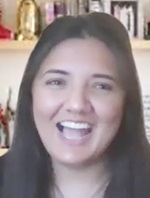 Drisana Spratt, Member of the Turtle Mountain Band of Chippewa Indians Tribe
I was getting ready to graduate with my master’s in clinical mental health counseling. I’d thought about going to medical school before, but didn’t really think it was possible. Then I ran into Evanlene Melting Tallow at a pow-wow at Rogers High School and she told me about RISE, and I took a leap of faith and got in.

I loved the cultural tenets, and it was amazing meeting other Native professionals. I also didn’t realize how many people like me share my journey and how much support there is. Starting the program, and meeting other Native American scholars was one of those things that I never knew I needed. I am an urban Indian, meaning I didn’t grow up on my reservation. I didn’t realize how “white” I had been thinking and how much I had pushed down my own Native American culture. I had distanced myself based on what I’d been told about my own people. Once I got into this program, I realized a whole other side and the beauty of our culture and the support that is inherent to it. As soon as I started feeling the support of my people, it felt like home.

This program is a great example of the support that is out there. One of the things that is important as a tribal member is connection, and family, and RISE made me feel strongly that there is family out there to support me, even if it wasn’t the one I grew up with. I left RISE, after having an incredible experience, and knew that being a doctor was the right path for me. 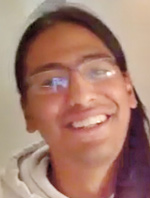 Marshand Vasquez, Member of the Wenatchi Band of Colville Tribe
I am a father of four, I’ve been married for 11 years—for 10 of those years I’ve been doing college. I heard about RISE through my tribe’s higher education program. The fact that the program and its MCAT prep was tied to WSU’s Native American Health Sciences program really stood out to me. Programs like this are few and far between. I realized the program would get me where I need to be.

Right off the bat, first day, we had an elder that did an opening prayer and the elder was from my tribe. Before we even started, this was a sign to me that I was in the right place. The cultural tenets stood out to me too, Native doctors came in and we got to talk to them. How they tied culture into our journeys and having their support was incredible.

Growing up, I never saw a physician who was Native. I came across this dream of mine to pursue medicine, but not seeing anyone like me do it was defeating. It’s lonely being on this journey, but through RISE, I’ve been able to find others and we stick together. The program introduced me to so many people like me, it was unbelievable. All these physicians that come from the same place – came from the rez—and they’re practicing in tribal communities. The RISE program put them all on my screen!

We have a shortage of health care professionals back home; everything is referred to Spokane. The physicians we do have are rotating. Being able to pursue medicine and seeing the possible influence it could make in Indian Country and on the health care inequities we face—I know that pursing medicine, I’ll be able to make an impact. Learning to be an indigenous healer, I’m bettering myself so I can better my community.

For those six weeks, I felt elevated, the energy we all had as students and then bringing in the faculty, bringing in the professional positions—the whole energy of it all was just up there on another level. I now know that if this is where my heart’s at, to follow it and it’ll make its way.