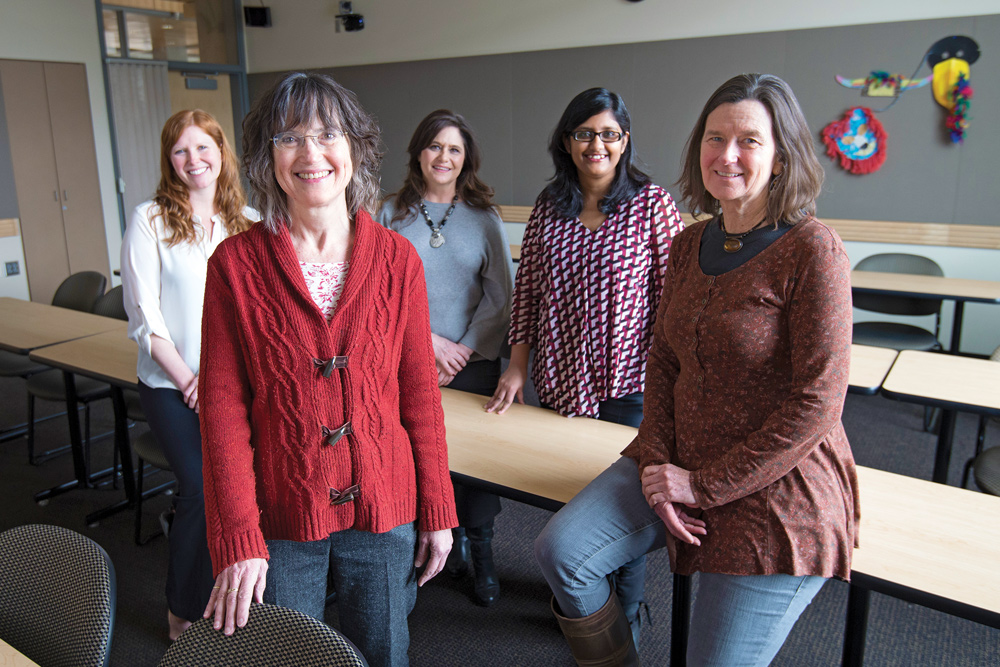 The leader of WSU’s College of Education office on the Spokane campus was a math teacher in middle school and high school before she decided to return to school for a Ph.D.

“Although I loved the study of religion and philosophy, I found my true passion when I became a middle and high school math teacher in 1988,” Frost said. She taught at a small school in Colorado that had students from kindergarten to grade 12 in the same building, and later at a small school in the U.S. Virgin Islands.

“I developed a special concern for diverse students who are often underserved in math education, including girls, students of color, and students from low-income households. That concern became the focus of my studies when I went back to get my Ph.D. at age 50.”

Frost became the associate director of the Health Science STEM Education Research Center on campus in 2015 and has now been the director since fall 2016. In that role, she started a regular meeting for people from all the outreach programs on campus such as Project Lead The Way, MESA (Mathematics Engineering, Science Achievement), the Native American Health Sciences program, Community Engagement and Service Learning, Student Affairs student recruitment and others.

“We have so many great efforts happening on this campus, but we can accomplish more when we are knowledgeable and supportive of all those efforts, and when we can share them with Greater Spokane Inc., the Rural Alliance for College Success, and the students involved in great programs like MESA,” she said.

Project Lead the Way (PLTW) is a national nonprofit organization offering professional development in the STEM fields for K-12 teachers. There are various PLTW training tracks such as computer sciences and engineering, but the one offered at Spokane focuses on the biomedical sciences and draws teachers from all across the country. Teachers are taught how to get their students involved in science inquiry by giving them situations they have to figure out.

Something that is new for Frost but that she is finding interesting is being involved in discussions about STEM education policy at the state level as a member of the Governor’s STEM Education Innovation Alliance, which meets several times a year.

“I feel honored to have been invited to serve on this Alliance and am glad I can bring a WSU and Eastern Washington perspective to the table.”