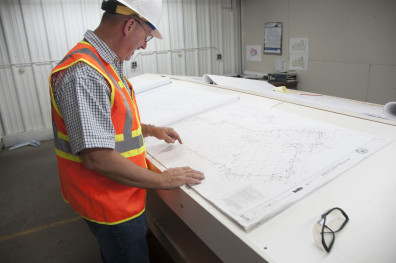 In May, we celebrated the groundbreaking of a teaching health clinic (photos!) that will allow students in our health sciences programs to gain valuable experience working in a clinic and serving the public – all on our own beautiful campus.

Since the groundbreaking ceremony, work has continued on the site. Much of that work has consisted of clearing the site to get it ready. Currently, crews are excavating and placing concrete in the foundation footings and grade beams. The building permit should be secured by mid-July (the foundations are allowed under a separate foundation permit).

By the end of the summer, work on the site will be much more visible, but that doens’t mean nothing is happening. In fact, a lot of important work is taking place so crews can start building vertically. We have some photos of what the site currently looks like: 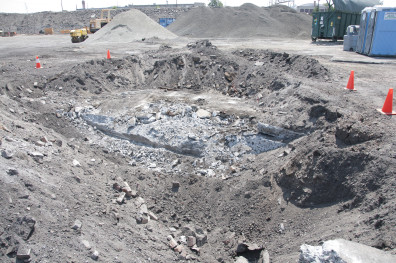 When you’re building on an old rail yard, you have to plan for unexpected findings. Such has been the case on this project, where the above photo shows a large concrete slab that was under the old asphalt parking lot just a few feet. We have no idea what the concrete was once used for, but our best guess is it was used long ago for the rail line. The construction crew also found old railroad tracks attached to their wooden railroad ties several feet under the ground. This project may double as a treasure hunt. 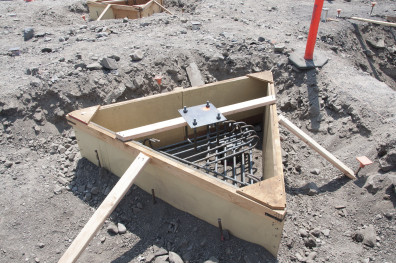 There are a lot of these three-pile cap pier-shaped column bases throughout the foundation. Soon, they’ll be filled with concrete and will hold structural steel columns that will hold the structure upright. 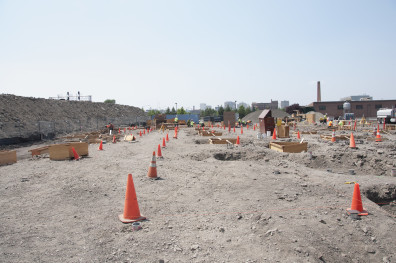 Looking west from what will soon be the clinic is the preceptor and exam rooms. The pile of dirt seen starting on the left side of the photo is where the City of Spokane’s future Phase 2 of the MLK Jr. Way extension will be. The rendering below shows the WSU logo about where the photographer was standing. 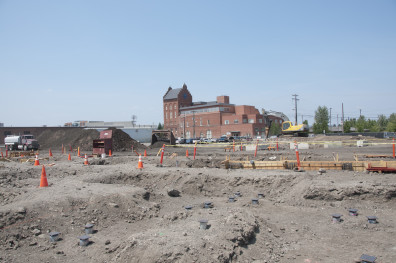 Looking toward the northwest from the same spot. This would be looking out to the clinic exam rooms, through the patient waiting areas and into the parking lot from inside. 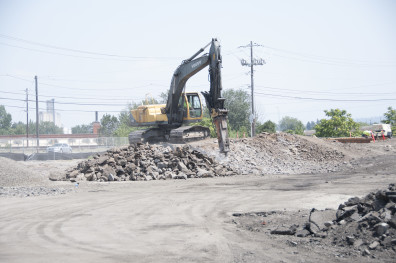 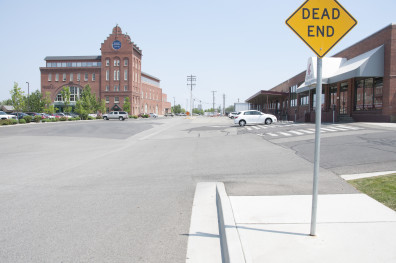 The entrance on Front Avenue seen here is currently kind of a free for all once you pull into it. There are plans to fix it up to make access to the clinic, The Bookie and the Schade Tower both safe and friendly for pedestrians, bicyclists and cars. Stay tuned!