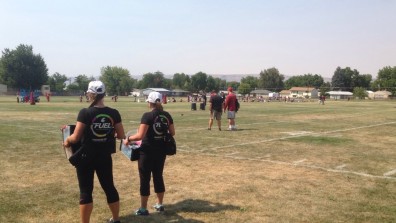 It’s time for round two of our Student Feature series. Last week, we featured a pharmacy student who spent time in Ecuador this summer.

This week: Mary Cummings, who spent time around the WSU football team.

How did you spend your summer?
It was much busier then I intended. I worked full time for the City of Spokane and managed a pool. I also did my community rotations for the NEP program, which has three parts to it: pediatric, geriatric and free choice.

For pediatric I was with the Women, Infants and Children (WIC) nutrition program here in Spokane. For geriatric I was at Cancer Care Northwest, and for my free choice, I was working with the Director of Sports Nutrition at WSU in Pullman. We did some work with her and the main part was going to Lewiston with the football team at its fall camp and providing nutrition support. 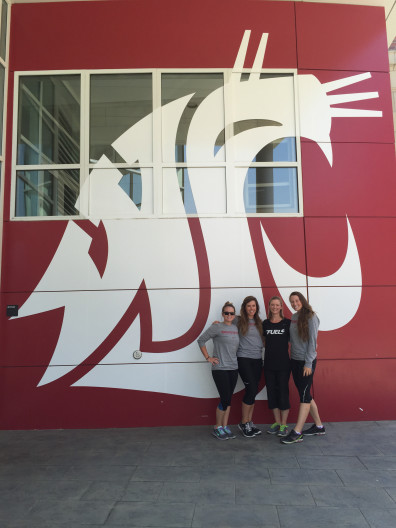 What did you learn while working with the WSU football team?
With the football team, our main focus was hydration. One of the things I had no idea about was that water was not enough to replenish your body, especially when we’re talking about Division One athletes. They burn through so many electrolytes that we gave them a little pack inside their water bottles that was filled with basically electrolytes – zero calories and it had 1.7 grams of sodium, which is almost a normal person’s salient amount. The players would go through two or three of those each practice.

They burn through a lot of sodium and water is not enough. We saw people get dehydrated. The sodium helps with cramping and we worked with them on their food menu, but we mostly helped with hydration and weigh-ins and weigh-outs at each practice. 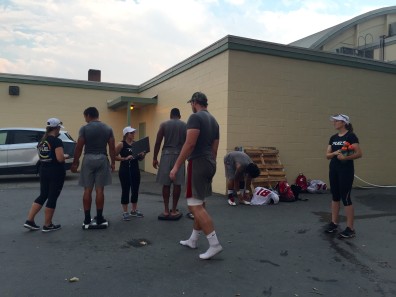 Any specific events with the football team stick out?
The first day of football practice, there was someone who did not do well – he was definitely dehydrated.

We made small Jello cups – I don’t want to call them Jello shots but they were in little shot glasses and they were alcohol-free [laughs] – but we put our sodium-based drink in it and so it also added carbohydrates. They burn through so much. They really liked them and we had put a lot of research into making them. 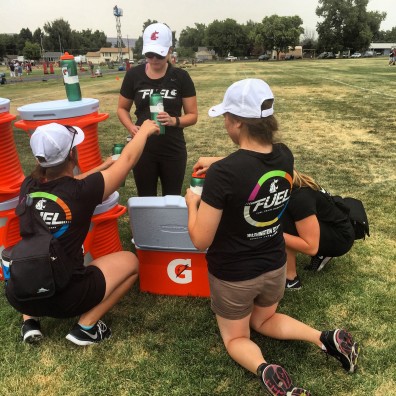 How did you find WSU Spokane and why did you choose to join the NEP program?
When I was a senior in college, I decided I really wanted to go into dietetics, so I started looking at the Eat Right website and WSU’s program was highlighted because it integrates exercise and nutrition, and that’s something I’m really interested in. I used to be an athlete, so it was something I was naturally drawn to.

What are your hobbies away from school?
I enjoy reading for fun, when I have the time. I really love to cook and work out.

I’m really enjoying the outdoors here in Spokane, all the access to the outdoors. What we have here in the Pacific Northwest is great, like the Bowl and Pitcher, Green Bluff, the awesome farmers markets.

What do you like most about WSU Spokane?
I like that it’s downtown. I like that is really close to a lot of fun spots that I can go for lunch. I love the river, the Centennial Trail and like I said, there’s so much access to the outdoors.

I really like my program. It’s hard, but it’s a great program. 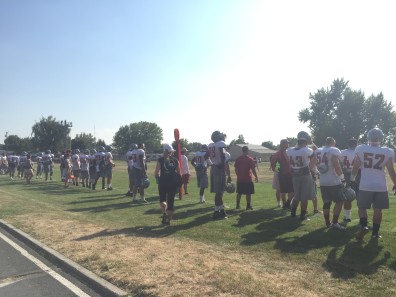