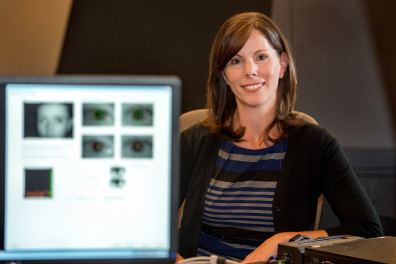 As we’ve noted many times before, research is a problem solver.

This week, two items of research news came out of WSU Spokane:

Eye exam could help detect autism
Georgina Lynch, a clinical assistant professor in the Speech and Hearing Sciences department, will look into whether a normal eye exam – the ones we all get at the doctor, the simple penlight test – can help detect autism. Lynch and a team of researchers in the Sleep and Performance Research Center conducted a pilot study with 24 children ages 10-17. Half of the children had high-functioning autism, while the other half was not autistic.

Lynch intends to do more research on a larger pool of participants and clinical trials in doctor’s offices should begin next year.

Autism is a mysterious condition, and research here at WSU Spokane could pave the way for a better understanding.

Pharmacy researcher gets grant to study tobacco carcinogens
Philip Lazarus, a professor and chair of the pharmaceutical sciences program on campus, recently received a $2.6 million grant to “study the body’s ability to keep tobacco smoke components from causing cancer,” according to a WSU news release.

Lazarus’ work will look at genetic markers in enzymes that could indicate an increased risk of developing cancer from tobacco carcinogens.

In previous work, Lazarus has found that genetic variants of a certain enzyme can reduce the body’s ability to detox after being exposed to carcinogens, thus increasing the risk of cancer. The study funded by this federal grant will look at those enzymes that could help in the detox process.

The research could help decide what kinds of treatments different people need.

More on research at WSU Spokane