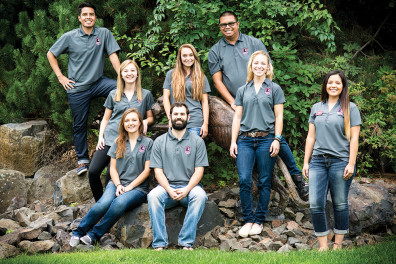 The student leaders at WSU Spokane understand the unique nature of the campus.

The average age of students is 28 and there is no on-campus housing. The majority of students are at the graduate or professional level.

But that won’t stop the Associated Students of Washington State University Spokane (ASWSUS) from connecting with fellow students and enhancing their experience.

With students living and working in places all over Spokane, communicating with the student body can be a challenge.

“Our campus is definitely an urban campus without dorms where students come for their classes, stay a little bit and then go home,” said Pierce Robledo, this year’s ASWSUS president. “So we need to reach out to them in ways other than just having fliers and posting them everywhere.”

Robledo said his team has relied on social media to reach students and is working to connect with student clubs on campus.

“We see (student clubs) as the most involved students and we’ve been working with their leaders to help plan events together so one person isn’t planning events here and another there,” he said. “We all kind of work together with the communication that we have. If somebody is planning something, we all share it as one.”

ASWSUS has formed a Student Entertainment Board, a new branch of ASWSUS, to facilitate entertainment options on campus. It hosted an outdoor movie night during the first week of classes in addition to traditional bingo nights and more. 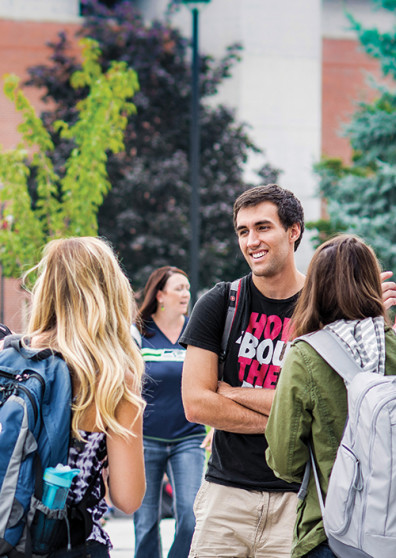 Working with other clubs and other student leaders on campus meshes nicely with the inter-professional culture of WSU Spokane. Robledo and ASWSUS Vice President Karl Nacalaban have each embraced that culture.

“The way I have explained it to others is that we’re going to have to work together in a hospital or somewhere for a patient, so why wait until we are in that setting?” Nacalaban asked rhetorically. “Why not foster that kind of attitude now?”

Both Robledo and Nacalaban are pharmacy students and came to ASWSUS after being involved in previous leadership groups. Robledo, from Las Vegas, Nev., was involved with student leadership as an undergraduate at the University of Nevada-Reno. He also served as ASWSUS Vice President during the 2014-15 school year.

Nacalaban spent his undergraduate years at the University of Washington and was one of the leaders of his pharmacy class during his first year on the WSU Spokane campus. That experience and a desire to lead students of a different health sciences field led him to become involved with ASWSUS.

“I saw myself having a greater impact on the (campus) community than just my college,” Nacalaban said. “Not that the little things in a college aren’t important, but that’s just a small part of what the health profession actually encompasses.” 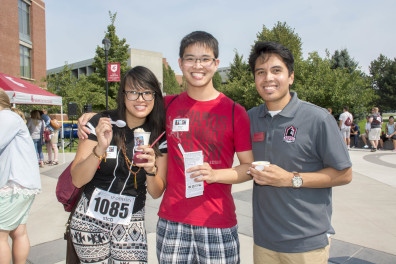 Currently, there is no on-campus daycare, adding to the items many students have to juggle.

“It’s definitely tough for them and I don’t have a child myself but at the same time I can see where the struggle might be balancing being a student and being a parent,” Robledo said.

Robledo said another goal is to start the discussion of having some sort of student fitness center on campus. He knows it isn’t something that will be resolved before his term is up, but he wants to lay the foundation for that issue.

“Students really want that and I feel like it is something that we deserve, especially being a health sciences campus,” he said.

Robledo and Nacalaban are eager students who have a sincere appreciation for WSU Spokane. Robledo is visible and works to understand how the issues on campus impact students personally.

“Because we have such a small campus, everyone kind of gets to know each other on a personal basis,” he said. “If people asked me to describe WSU Spokane, I’d say think of it as a small city where you see each other all the time and you sort of build that personal connection with them.”