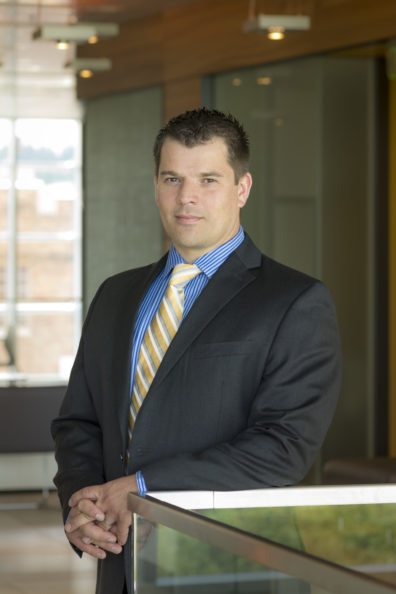 Editor’s Note: Spotlight Students are nominated by staff and faculty at WSU Spokane and were recognized during commencement for their dedication, commitment, sacrifice and/or ability to overcome great odds to succeed as a student. They are selected by a committee ahead of commencement. WSU Spokane will feature a Spotlight Student each day through May 13.

The criminal justice work at WSU Spokane has gained a lot of media attention in the past 18 months. Among the researchers in the middle of that attention in Stephen James.

James, who received his Doctor of Philosophy in Criminal Justice last Friday, has researched police driving performance and has worked in WSU Spokane’s Simulated Hazardous Operational Tasks lab in the Sleep and Performance Research Center. He was the winner of the 2016 Outstanding Paper of the Year Award for Excellence from the journal Policing, for his paper on police drowsy driving.

James’ research and that of his team has been featured on NBC’s Today Show and CNN, among other, more local outlets.

Before he came to WSU Spokane, James attend the Royal Military Academy at Sandhurst in the United Kingdom and deployed to Cyprus, Northern Ireland, the former Yugoslavia and Afghanistan. His technical skills became a big asset to researchers at WSU.

James organized the 2015 TEAM Conference for first responders and mental health professionals and is preparing for the next conference this July. James also has a contract with the Spokane Police Department to help the department learn why force is used in certain situations.