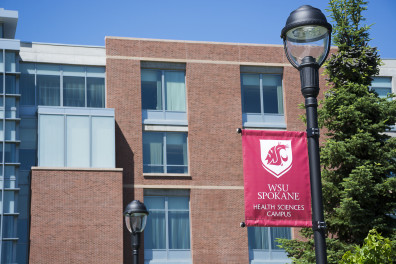 Just in time before the end of the state’s fiscal year, the Washington Legislature approved a state operating budget that includes funding to start a WSU medical school in Spokane.

We asked for and received $2.5 million in funding to start our community-based medical school, headquartered on our health sciences campus here in Spokane.

Here’s a recap of where we’ve been and where we’re going:

– September, 2014: The WSU Board of Regents directs WSU to pursue the creation of the state’s second public medical school after a study from MGT of America showed the need for more medical school spots and physicians in our state.

– December, 2014: Senator Michael Baumgartner (R-Spokane) and Representative Marcus Riccelli (D-Spokane) announce their plans to introduce bills in their respective chambers to change a 1917 state law that restricted the offering of medical education to the University of Washington.

– January, 2015: Lawmakers line up to support the two bills introduced by Sen. Baumgartner and Rep. Riccelli.

– April 2, 2015: The next day, Governor Inslee pays a visit to our campus to celebrate the bill’s passage. The Spokane community and WSU students from all campuses join the celebration: 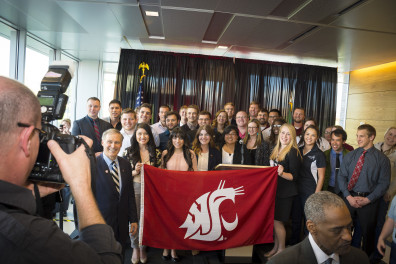 – May 4, 2015: While the bill passed, it did not include funding for a new medical school. Lawmakers also went into a special session. That doesn’t faze us one bit, as we announce our medical school plans and are in the process of searching for the founding dean and forming agreements with health care providers across the state to educate third- and fourth-year students.

So what do we do now?

Agreements with health care providers across the state are still being made and pursued, and the Founding Dean Search Committee is working to find that special person to be the head of our medical school. We will soon begin the process of applying for accreditation.

Lastly, none of this could have happened without the tenacity of our late, beloved President Elson S. Floyd. President Floyd was our lead cheerleader for this initiative and was able to work with lawmakers from both sides of the aisle and both sides of the state to convince them to support the creation of a WSU medical school. He spent many hours in Olympia meeting with lawmakers, sharing the need to provide more access to higher education and medical school for our state’s students.

The Seattle Times had a great feature on President Floyd in April that shows how hard he had to work and how effective he was in generating support for a WSU medical school. Today’s achievement is a testament to his leadership and his vision. 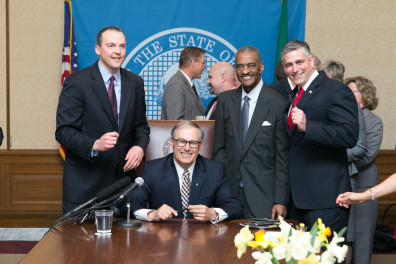