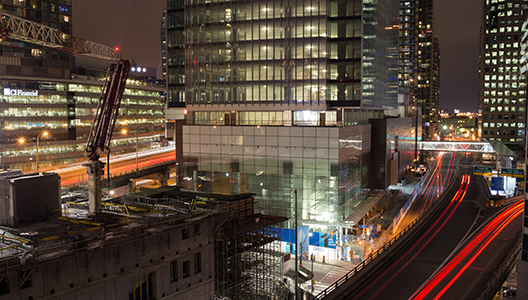 Many of the world’s leading experts on shift work are converging on the Inland Northwest this week to present and discuss issues related to night shifts and non-standard working hours. Organized by the Washington State University Sleep and Performance Research Center on behalf of the Working Time Society, the 24th International Symposium on Shiftwork and Working Time—Shiftwork2019—will bring together scientists and practitioners focused on improving the health and safety of shift workers. END_OF_DOCUMENT_TOKEN_TO_BE_REPLACED

At any given time, an estimated 7.7 million American adults suffer from post-traumatic stress disorder (PTSD), a psychiatric condition that occurs in people who have experienced or witnessed a traumatic event. Though PTSD can affect anyone who lives through trauma, it is especially common among military veterans returning from combat zones.

The effects of PTSD can be debilitating. It’s one reason why neuroscientist Willie Vanderheyden—an assistant research professor in the WSU Elson S. Floyd College of Medicine—has set out to better understand the condition and its ties to one of his other research interests: sleep.

“Up to 90 percent of people who have experienced trauma suffer from some type of sleep disturbance, whether it’s fragmented sleep, difficulty falling or staying asleep, or nightmares,” Vanderheyden said.

These sleep disturbances may be the result of PTSD, but Vanderheyden says it’s also possible that they are part of what is causing PTSD. END_OF_DOCUMENT_TOKEN_TO_BE_REPLACED 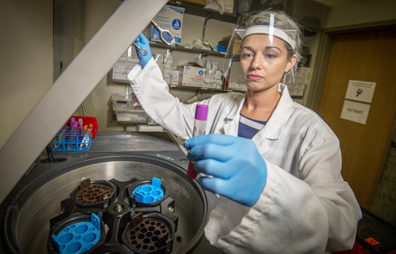 Exactly why this happens has been unclear, but a new study conducted at Washington State University has brought scientists closer to finding the answer. END_OF_DOCUMENT_TOKEN_TO_BE_REPLACED 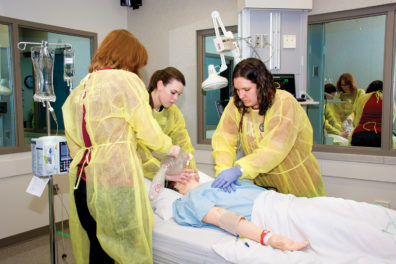 A nursing student talks to her patient. The patient coughs and says he is having chest pains. Soon, he’ll stop breathing and the student will start CPR.

Pharmacy students are providing a patient with his medications at the pharmacy when he suddenly becomes agitated. After discovering he is experiencing low blood sugar levels, the students give him something to help.

A Spokane police officer lays his hand on the gun in his holster. He’s commanding an individual to show his hands and to settle down. The individual then pulls out a gun of his own.

A truck driver is driving on just four hours of sleep. He’s driving in a forested area at high speeds. His truck is deviating from its lane, creating a dangerous situation for him and others on the road.

These scenes are from various simulation programs on campus and are used for clinical instruction, research or both.

END_OF_DOCUMENT_TOKEN_TO_BE_REPLACED 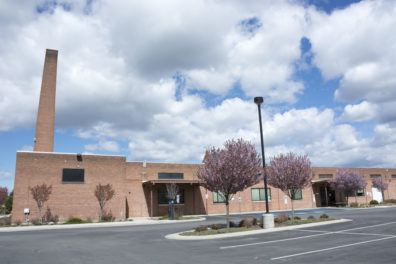 Last week, WSU’s Board of Regents approved, among many items, the renaming of the South Campus Facility at WSU Spokane to the Center for Clinical Research and Simulation – a name that better illustrates what goes on inside.

END_OF_DOCUMENT_TOKEN_TO_BE_REPLACED 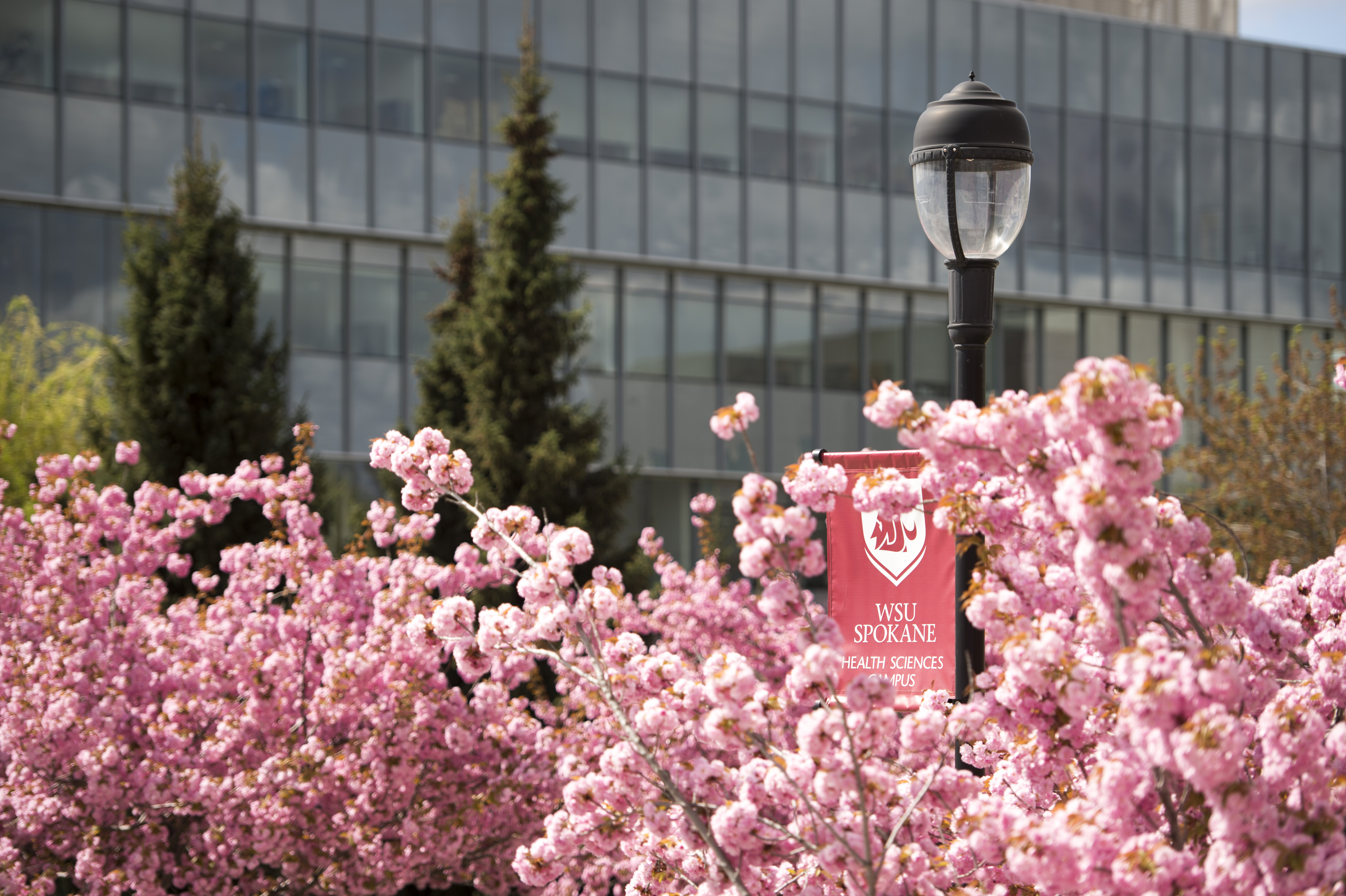 The fall semester begins in 20 days here at WSU Spokane.

We felt it was a good time to review some recent news headlines concerning our campus, including a new clinic, recognition for our vice chancellor, a visit from the Air National Guard and more.

END_OF_DOCUMENT_TOKEN_TO_BE_REPLACED 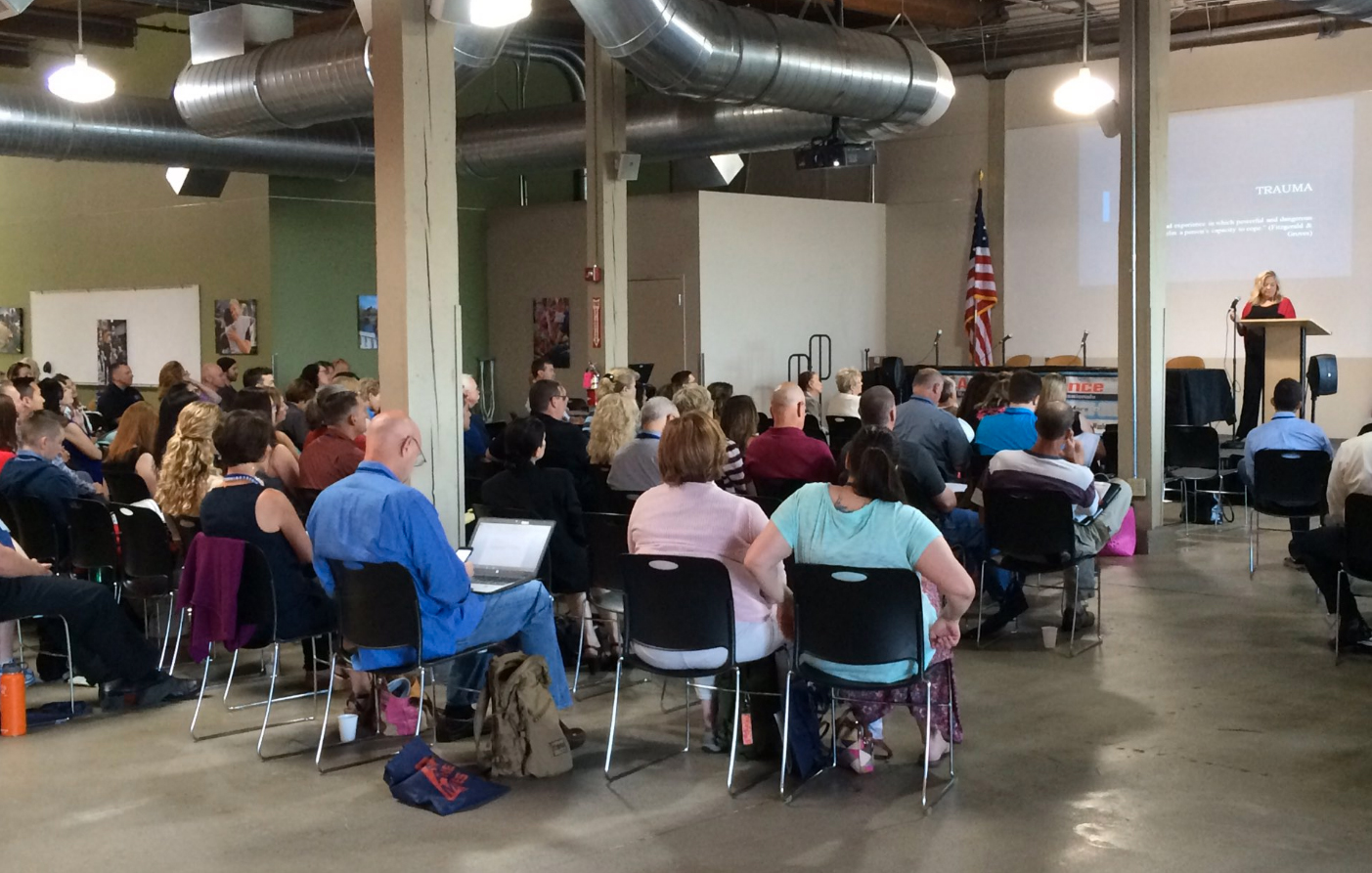 For the second year in a row, our campus hosted the TEAM Conference for first responders and mental health professionals.

The conference – put on through a collaboration among WSU Spokane, the Spokane Police and Fire departments, and Frontier Behavior Health – explored Trauma-Informed Care, and focused on response, resiliency and recovery.

The goal was for those from all of the professions present to understand how to deal with trauma, and some of the reasons why our bodies react to certain traumatic situations.

END_OF_DOCUMENT_TOKEN_TO_BE_REPLACED 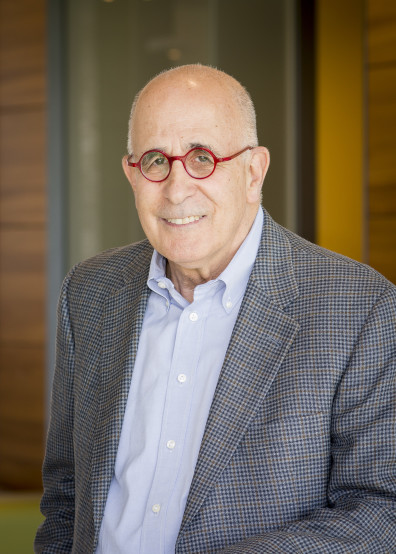 Dr. Greg Belenky, a sleep researcher here on campus, is a finalist for Spokane’s Citizen Hall of Fame.

Belenky is one of three finalists in the Science Health and Medicine category. Joining him are Dr. Jacob Deakins and Dr. Alan Hendrickson.

Belenky launched the Sleep and Performance Research Center on campus, which currently operates under the Elson S. Floyd College of Medicine umbrella. His research looks into sleep deprivation and its effects on continuous operations, among other topics.

END_OF_DOCUMENT_TOKEN_TO_BE_REPLACED 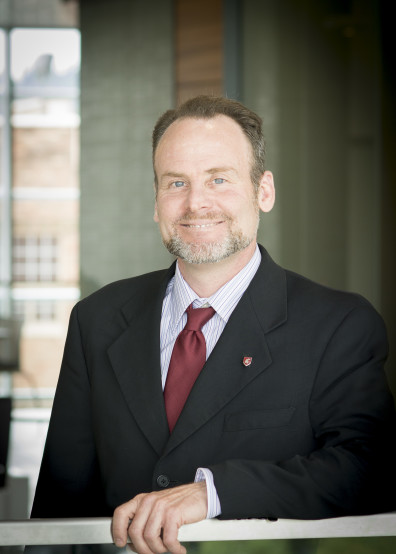 Jonathan Wisor (pictured), an associate professor in the Elson S. Floyd College of Medicine, is a sleep researcher and recently talked about “Sleep and a Healthy Life” at the recent TEDx Spokane event. You can view his talk in the video above.

Hans Van Dongen, Ph.D., is a researcher in our Sleep and Performance Research Center. He was recently invited to speak at the National Highway Traffic Safety Administration conference don drowsy driving. You can watch his presentation in the video above.