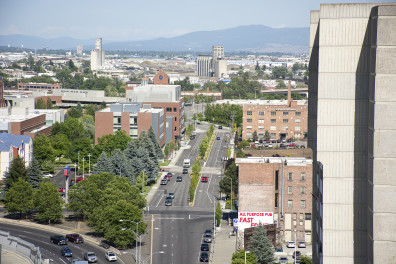 A WSU medical school in Spokane will allow for more of our state’s students to access medical education. It will also grow the amount of physicians practicing in our region.

But you’ve read that already.

Another benefit that comes from a second public medical school is its impact on the area economy.

Talton spoke with Grant Forsyth, the Chief Economist at Avista. Forsyth noted the need for health care options for populations on this side of the state:

“The health-care industry is a major employer in our region, and health-care reform remains a contentious political issue,” [Forsyth] said. “This means continued uncertainty regarding the future direction of U.S. health-care policy.”

“Over the next 10 years, the Office of Financial Management predicts that the share of people 65 and over in many of the Inland Northwest’s rural counties is going to increase substantially,” Forsyth said. “This demographic shift is going to put significant pressure on regional health resources.”

That last point is one area a WSU medical school will look to help. An aging population – especially one in rural areas of the state – needs better access to health care. Creating that access will help our region’s economy by creating more doctors to treat patients. Doctors greatly contribute to the region’s economy – just look at the Puget Sound area.

Our community-based medical school model will also allow for faculty to be hired in areas across the state. Research funding that comes with a medical school will greatly impact the economy as well.

And it’s not just the graduates the medical school will churn out. The College of Nursing and College of Pharmacy – both headquartered on the WSU Spokane campus – also produce health sciences graduates that go to work in rural areas and become part of the health care sector in our state.

A WSU medical school is just part of the solution. But when it is at full build-out, one of its benefits will be the positive impact it has on the economy.