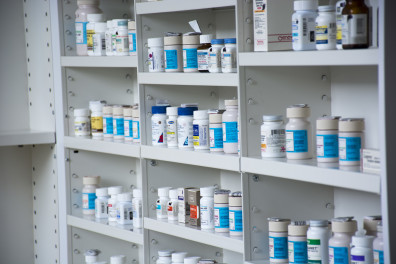 Many independent pharmacies these days – especially those in rural areas – serve as more than just a pharmacy.

They double as businesses, with the owners taking on a dual role of providing health care to their patients and customers, while at the same time working to stay in business and employ people.

In May, WSU announced it will be offering a joint degree program through the colleges of pharmacy and business. Pharmacists doubling as business owners isn’t anything new, but now they can be better prepared. One WSU graduate knows exactly what it is like to manage a pharmacy.

When he was a student in the WSU College of Pharmacy, Erik Nelson and his team entered into a business plan competition and won. Fast forward to last year, when Nelson bought Sixth Avenue Medical Pharmacy in Spokane. The pharmacy recently acquired the assets of another pharmacy, and Nelson’s independent pharmacy differentiates itself by offering compounding services. Nelson credits WSU as helping him get to where he is at today.

As the Spokane Journal of Business writes (subscription required):

Nelson attributes much of his initial success to mentor Linda Garrelts MacLean, associate dean for advancement and clinical professor at the Washington State University College of Pharmacy, now based in Spokane.

“She helped set up a network of support,” Nelson says.

Nelson says the WSU program is adept at producing pharmacists who not only understand the clinical aspects, but also the business operations.

“That’s what even chain pharmacies are looking for,” Nelson says. “They want pharmacists who are able to manage in a way that’s profitable for them.”

Nelson noted that being an independent pharmacy has challenges that bigger chains don’t have.

“I’m responsible for human resources, purchasing and paying bills,” he told the Journal.

As the joint degree program between the Pharmacy and Business colleges evolves, expect more WSU graduates to manage both the medical and business sides of pharmacies.