A distinguished physician researcher has been named director of a new program at WSU Spokane to improve community health in underserved populations and geographic regions. 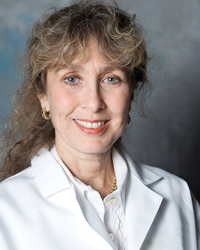 Former University of Washington professor of epidemiology and medicine Dedra Buchwald, M.D. (pictured, left), will head the Initiative for Research and Education to Advance Community Health (IREACH). Buchwald and the group of researchers who are joining her bring more than $20 million in existing grant and contract funding to WSU Spokane, including over $6 million for the first year alone.

She founded the Partnerships for Native Health, one of the largest research centers on Native health in the U.S., as well as the country’s largest twin registry, a community-based registry of about 10,000 children and adults residing primarily in Washington state.

“Our research is unique in that after we’ve finished, we come back and act on it in some way with the community.”

Since arriving this summer, the group has already submitted another $6.7 million in grants and contracts. According to Senior Vice Chancellor of Academic Affairs and Research John Roll, who is credited with bringing the group here due to past partnerships with them, WSU Spokane campus research has grown the last three years from around $14 million to nearly $20 million per year. “Combined with IREACH, our totals will be catapulted to a much higher level.”

McDonell’s primary research interests are on how interventions, such as behavioral therapy, can be used to treat alcoholism in populations that suffer from high rates of addiction. He is nationally known for his work on using new alcohol biomarkers to improve the assessment and treatment of alcoholism.

Sinclair’s research focuses on community-based interventions to prevent diabetes and promote health in Native populations. She is key investigator on three large federal grants focused on either adapting evidence-based diabetes prevention strategies for Native communities or testing the impact of culturally based interventions on health.

Duncan was a faculty member in epidemiology and the graduate program coordinator for the interdisciplinary graduate program in nutritional sciences at the UW before joining WSU. His twin research examines how genes, behavior and environment affect health and wellbeing. Duncan also studies built environments (our surroundings and how we use them).

Echo-Hawk works with American Indian and Alaska Native tribes to engage them in health disparities research and with health researchers to ensure research is done in a manner that respects tribal sovereignty and is culturally appropriate. She has been an integral part of establishing health research projects and public health initiatives with rural and urban tribal communities across the United States.

IREACH will work in partnership with WSU Spokane’s Program of Excellence in Addictions Research (PEAR), a long-standing multidisciplinary group of researchers that has made significant contributions to the field of alcohol and drug addiction. It was established by Roll and is directed by Sterling McPherson.

The addition of IREACH complements other work as well, said Roll.

“This group of scholars strengthens our already strong commitment to conducting cutting-edge research to improve the lives of all patients, their families and their communities,” he said. “They fit well with research being conducted in multiple WSU colleges and will complement the community-based approach to medicine that is embodied in the new Elson S. Floyd College of Medicine.”