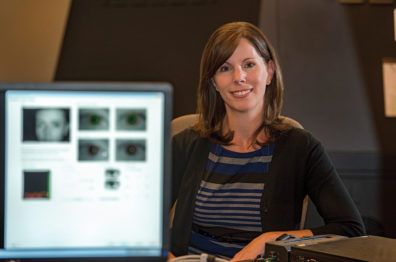 Here is a roundup of the latest research news at WSU Spokane. 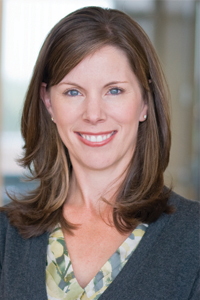 The eyes are the window to the soul, but they may also provide a window into autism spectrum disorder (ASD), as suggested by findings from a pilot study conducted at WSU Spokane.

As part of the laboratory study, Georgina Lynch, Ph.D. (left)—a faculty member in the College of Medicine’s Department of Speech and Hearing Sciences and a longtime expert on ASD—tested the pupil reflexes of 24 youths aged between 10 and 17 with a penlight test, much like the one being routinely administered in doctors’ offices. Half of the subjects had high-functioning ASD; the other half did not. Using sophisticated eye-tracking software, Lynch and her collaborators found that the pupils of subjects with ASD took longer to constrict in response to an increase in light.

Lynch presented the discovery at the 2015 International Meeting for Autism Research, where it was met with substantial interest. If it can be replicated in follow-up studies she is planning, her finding could lead to improved diagnosis of ASD. Lynch envisions a handheld device that health care providers could use as an initial screening tool for ASD. She said it could be used to supplement behavioral testing to help get kids diagnosed earlier and capture those who are frequently missed.

Lynch said the results from her eye-tracking study also add to scientists’ understanding of brain function in ASD, given that the pupil reflex originates in the brain stem. “We need to rethink that ASD is just something related to behavior,” she said. “If we can better understand the underlying brain function, it may eventually help us improve our approach to intervention.” 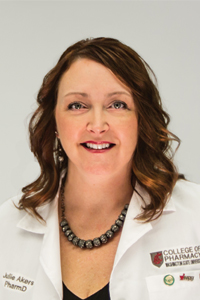 In the state of Washington, pharmacists have long been permitted to do what only a handful of other states have recently started allowing: assess and treat patients with certain minor conditions—such as strep throat and uncomplicated urinary tract infections—through a collaborative agreement with a physician.

With a four-year, $769,372 grant from the National Association of Chain Drug Stores Foundation, a WSU College of Pharmacy faculty team led by Julie Akers, Pharm.D. (left), and Linda Garrelts MacLean, B. Pharm., R.Ph. (below), has set out to study the effectiveness of pharmacist-provided care for 15 minor ailments and conditions. They will compare the quality and cost of care provided in primary care offices, urgent care clinics, and emergency rooms.

The team is collaborating with more than 35 community pharmacies throughout the state to offer pharmacist-provided patient care services and collect data for the study. Premera Blue Cross, a regional health plan, will provide anonymous data on care provided in the other settings. 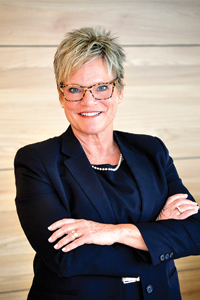 Akers hopes to see the study confirm that patients who are seen by pharmacists pay less and receive equal quality care to that provided elsewhere. That could pave the way for more Washington pharmacies to offer these services and help the push for legislative changes in other states.

“It could really improve patient access, especially in rural settings where small independent pharmacies are often the only health care providers for miles around,” Akers said.

Garrelts MacLean noted that it would also ease the burden on physicians, allowing them to spend more time with complex patient cases. 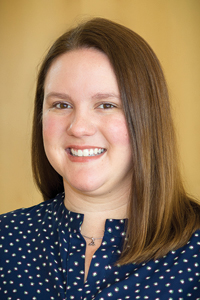 Kimberly Honn, Ph.D. (left), a postdoctoral researcher in the Sleep and Performance Research Center, has received $1.4 million from the Federal Motor Carrier Safety Administration for the Flexible Sleeper Berth Pilot Program, a study of split sleep schedules in long-haul truck drivers. She will conduct the four-year project in collaboration with the Virginia Tech Transportation Institute.

Honn explained that drivers currently must be off duty for 10 consecutive hours after each duty period to allow for adequate rest. Those who use a sleeper berth have the option to split the off-duty time into two separate periods of eight and two hours, allowing for a longer sleep period supplemented with a short nap.

There are times, however, when it may be desirable to use a different split, for example six and four hours. Laboratory research suggests that split sleep schedules can provide as much rest as a single sleep period, regardless of how sleep is split. Honn’s study will be the first to examine whether that premise holds in a real-world transportation setting.

The study will follow 200 long-haul truck drivers from the Blacksburg, Virginia, and Spokane areas. Drivers will wear sleep monitoring devices and complete smartphone-based fatigue tests at regular intervals. When tired, they may choose to use some of their required rest hours for a nap, which could potentially improve both safety and productivity.

“The results of this study will inform the discussion on whether drivers should be allowed more flexibility in how they schedule their off-duty hours,” Honn said. 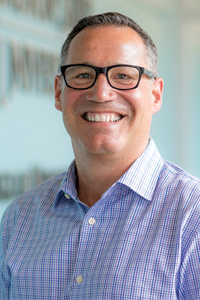 A College of Nursing research team led by nurse anesthetist Darryl DuVall, D.N.P. (left), will conduct a study that will help establish national practice standards to improve anesthesia safety during and after surgery. With a two-year, $322,246 grant from pharmaceutical company Merck, the team will examine the use of neuromuscular blockade monitoring in surgeries performed at two Spokane hospitals: Sacred Heart Medical Center and Holy Family Hospital.

Neuromuscular blocking agents are used to relax skeletal muscles to prevent muscle movement during surgery. Their effects are reversed post-surgery by administering reversal drugs, but timing is critical for those to work as intended. Neuromuscular blockade monitoring helps anesthesia providers determine when to administer the reversal drug and when full recovery has been reached, reducing the chances of complications such as respiratory problems. Yet, previous studies suggest that as many as 10 percent of providers never use monitoring, said DuVall, a clinical associate professor and the director of the Doctor of Nursing Practice Program.

The team will analyze data from an estimated 27,000 medical records from 2015 to determine monitoring rates in surgeries involving neuromuscular blockade. Based on their findings, they will conduct a practice change intervention and determine its effectiveness at improving monitoring rates, based on another set of data collected over the following six months.

Their study outcomes will be put to immediate good use in another aspect of the project. “We will be collaborating with the American Association of Nurse Anesthetists to develop practice standards for neuromuscular blockade monitoring, which aren’t currently in place,” DuVall said. “It’s great for patients.” 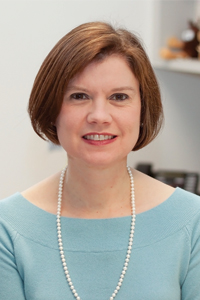 A collaboration of researchers at WSU, the University of Washington, and the University of North Carolina at Greensboro is leading a project to advance scientific knowledge on potential interactions between natural products and commonly used drugs. The multidisciplinary team has been awarded a five-year, $10 million grant from NIH’s National Center for Complementary and Integrative Health to establish a Center of Excellence on Natural Product-Drug Interactions Research.

Because natural products, such as green tea and St. John’s wort, aren’t regulated like drugs, pharmaceutical companies are not required to look at them to see whether they might interact negatively with new or existing drugs. So researchers like Mary Paine, Ph.D. (left), an associate professor in the College of Pharmacy, have taken up the cause, which is complicated by the variable chemical makeup of natural products.

“When we study drugs, we know exactly what is in each tablet or capsule, but that’s not always the case with natural products,” Paine said. “This makes it challenging to compare research data between different labs.”

Paine co-leads the project with University of Washington colleague Danny Shen. Key goals for the new center include establishing best practices for studying natural product-drug interactions; identifying existing gaps in knowledge; and selecting and investigating four to six natural products that may interact with conventional medications. With help from WSU’s Murrow College of Communication, they will also develop an online database to disseminate findings to other researchers, health care providers, and the public.