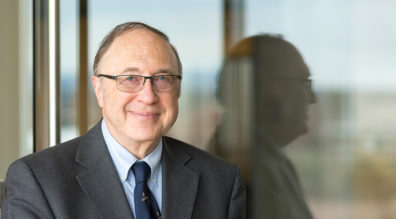 Dr. Samuel Selinger, a retired cardiovascular surgeon, is dedicated to helping others as a Prescription Assistance Network activist and volunteer.

The research study group was small, but it demonstrated what Dr. Samuel Selinger figured it would:

If you help low-income patients obtain free or low-cost prescription medications consistently, their visits to the emergency room and admissions to the hospital decrease.

“The research findings confirm that we’ve graduated from a do-good program into something that is bringing health care resources into the community and that is having a positive impact on the health of the community,” said Selinger, a retired Spokane physician.

He estimates the Spokane Prescription Assistance Network (SPAN)-—the Spokane arm of a statewide foundation-—has brought $14 million in prescription medications to Spokane residents since it opened in 2008.

“The current return on investment is 18 to 1,” Selinger said. “For every dollar of support it receives, SPAN brings into the community $18 of pharmaceuticals from national companies.”

There is no way to quantify the impact on human lives. 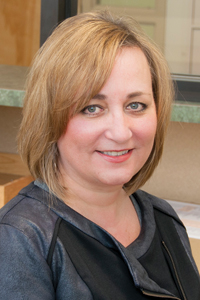 “We hear stories from our clients that we’ve helped them stay out of the hospital, or we’ve helped them put food on their table because they couldn’t pay for medications and food both, or their health has stabilized now and they can return to work,” said Kelly Armstrong (left), a social worker and executive director of SPAN and its network of clinics in Washington cities, known collectively as the Prescription Drug Assistance Foundation.

“We know we’re making a difference,” Armstrong said. “We have patients return year after year and they call us when they need refills.”

Selinger and others who organized and started the prescription assistance program looked ahead to a day when they would want to study its results, so they began collecting information from patients almost from the start. 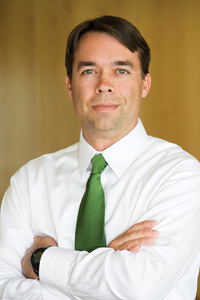 “It’s a good research study from a number of perspectives,” said Mason Burley (left), the Ph.D. student at WSU Spokane who was lead author on the research study paper published in April in the Journal of Managed Care Pharmacy. WSU Spokane faculty from nursing, pharmacy and medicine were collaborating authors, as was Selinger.

“Two aspects of the study in particular made it strong,” Burley said.

In addition, to mitigate self-reporting errors, hospital and emergency room records were accessed, he noted.

Their research showed a decrease in hospitalizations and ER visits for the study’s 310 patients as a group, with those receiving pulmonary medications showing the largest drop. Not all the patients experienced such a decrease in acute care incidents, however. Those who were taking psychotropic medications had increased acute care contacts, as did those in the young adult age group 18 – 24.

The study lacked a control group, which would have been nice to have for comparison, said Burley, who is working on a doctorate in interdisciplinary studies.

The study authors also noted other limitations of the project that could be expanded upon in the future, such as the patients being from a single geographic region.

The research paper is not the only connection between the prescription program and WSU Spokane. Selinger credits Chancellor Lisa Brown, who was the state Senate majority leader in 2005 when he and others approached the legislature, with getting legislation passed to create the nonprofit Prescription Drug Assistance Foundation.

Brown was among the first people Selinger contacted with the news about the research paper’s publication.

“I am impressed with Dr. Selinger’s continued dedication to this foundation,” Brown said, “and I am not surprised the research shows that this organization is improving the quality of life for those it serves.”

The foundation returned to the legislature last year and received authorization to help a broader group of people. With the federal Affordable Care Act in place, many of the low-income uninsured are now insured, so the income level was increased and the clientele expanded, Armstrong explains.

A number of new programs offering free and lower-cost access to medications also are now available. Before the ACA, the foundation worked mostly with pharmaceutical companies, but now there are other nonprofit organizations, including some associated with specific diseases such as the American Lung Association, that offer help with medications related to pulmonary conditions.

Although Armstrong serves as executive director of the statewide network, she also works directly with patients at the clinics held at various locations in Spokane. Another part of her job is fundraising. The clinic space is provided free in each community where the foundation operates, often by a hospital. Armstrong makes use of Americorps volunteers and receives help for the Yakima clinics from the Yakima Valley Farmworkers Clinic. She also writes grants.

The prescription assistance program actually grew out of a larger project Selinger initiated to combine the charity care offered by Spokane’s physicians so it could be distributed where needed throughout the greater Spokane region.

That was Project Access – an idea Selinger picked up from a one-week health care course at the Kennedy School of Government in 2000 shortly after he semi-retired. He enlisted the help of the Spokane County Medical Society, which called for physicians to pool their charity care. Almost immediately, about 100 doctors signed on (that has since grown to about 600). Providence Health took on the role of coordinating Project Access.

Once it was up and running, organizers realized the charity care patients needed access to prescription medication.

“I was naïve as a doctor,” Selinger said. “I was a surgeon and gave prescriptions after surgery and assumed the patient got the medicine. It wasn’t until I got into this nonprofit organization that I realized there is a gap between prescribing medications and compliance by the patient, either because they cannot afford the medication or there is no one to get it for them or help them remember to take it.”

The volunteers driving Project Access analyzed their options, which were to buy and store medications, or to work directly with pharmaceutical companies because they all have programs offering free and reduced-price medicines to eligible populations.

They opted to work with the companies, but agreed upon a need to have a patient prescription coordinator help the patients through the process.

That’s when they went to state legislators and got legislation in 2005 to authorize creation of the nonprofit foundation.

Providence Health Care has been the major funder of the Spokane arm of the foundation.

Selinger was board chair of the fund for years until he could no longer serve because of term limits for the position. He has since continued as a volunteer.

“Now that we have this paper which answers some questions about the impact of this program and shows we are successful, I am hoping to give the reins to this project over to the next generation and say ‘Here’s this wonderful project that you can grow, and because it is such a unique collaboration among so many different segments of the community, we can be models and leaders for others.’”