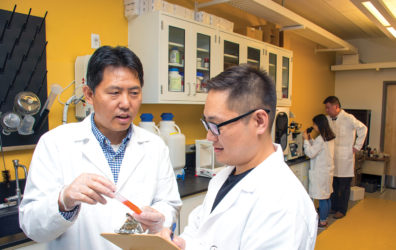 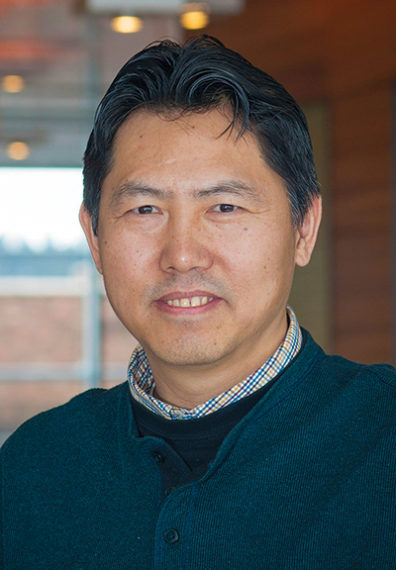 Good things come in small packages, which in the case of one WSU researcher’s work are measured in nanometers, or billionths of a meter. Zhenjia Wang, Ph.D., an assistant professor of pharmaceutical sciences, designs new therapeutics—tiny nanoparticles capable of carrying drug molecules across the blood vessel barrier, directly to diseased tissue.

With a new five-year, $1.7 million grant from the National Institutes of Health, Wang will be testing nanoparticles he created from albumin, a plasma protein that is already running through our veins in abundance. He will determine whether the albumin nanoparticles can successfully attach themselves to neutrophils, a type of white blood cell that is known to automatically travel through the blood vessel barrier to fight infection or inflammation at its source.

“In this study, we specifically look at infectious and inflammatory lung diseases, such as pneumonia and acute lung injury, but this same technology could be applied to any disease that involves infection or

inflammation, including cancer,” Wang said. In a separate project, he is looking at neutrophils as potential carriers for chemotherapy drugs.

If his hypothesis holds up, Wang’s study could lay the groundwork for more effective and efficient delivery of a wide variety of existing drugs. Since drugs would reach only the targeted site—rather than be released throughout the body—toxicity to healthy tissues would be minimized and drug doses could be lowered. Wang said targeted drug delivery is crucial to improving quality of life and increasing treatment options for patients, some of whom might not survive the side effects that come with the higher doses required by conventional drug delivery.

Why do some people handle lack of sleep so much better than others? It’s one question that researchers in the WSU Sleep and Performance Research Center have been trying to answer. Previous studies by WSU sleep scientists have found that differences in performance impairment in response to sleep deprivation are rooted in our biology and vary depending on the type of task we are trying to tackle. Based on those findings and other WSU research, graduate neuroscience student Brieann Satterfield, B.S., is working to find the genes that could help explain these differences. 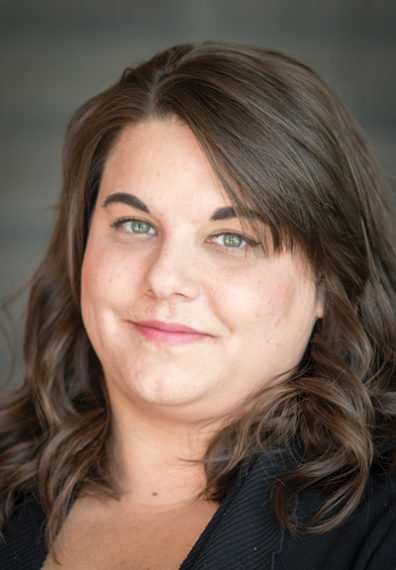 One discovery Satterfield has made is that, during sleep deprivation, people who have a specific mutation in the gene that controls the brain protein TNF-alpha perform significantly better on a reaction time test that measures sustained attention than those who do not. Sustained attention, or the ability to stay focused on a task, is critical for driving a car, flying a plane, or monitoring systems in a power station. Satterfield’s finding, which is based on data from 88 participants in sleep deprivation lab studies, was published in the journal Brain, Behavior, and Immunity.

Although the TNF-alpha gene explains just part of the study participants’ performance differences, Satterfield said her discovery brings scientists one step closer to identifying the combination of genes or other biomarkers that could best predict how well sleep-deprived people will perform in different task environments. That knowledge could eventually lead to targeted interventions to help those less resilient to sleep deprivation. It could also be used as the basis for developing an objective, blood- or saliva-based drowsiness test for drivers. 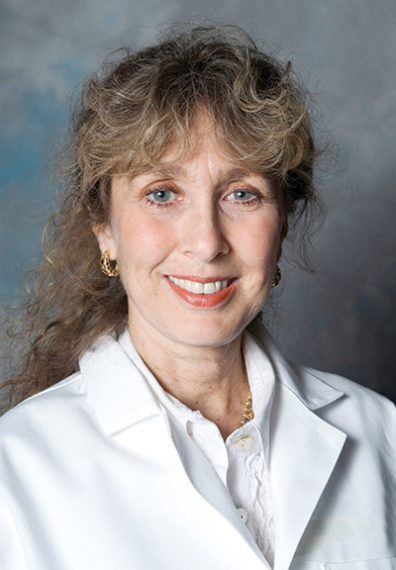 Dedra Buchwald, M.D.—a professor in the Elson S. Floyd College of Medicine and the founder and director of the Initiative for Research and Education to Advance Community Health (IREACH)—will lead the effort with co-investigator Spero Manson of the University of Colorado Denver. Funding for the five-year grant comes from the National Institute on Minority Health Disparities, a component of the National Institutes of Health.

Research taking place within the center will include three intervention studies to:

The center will draw from the input and expertise of community organizations, tribes, and researchers across the country, including 11 Native investigators who are graduates of a training program Buchwald established in 1998 with colleagues at the University of Colorado Denver. Their approach will use technologies such as electronic medical records, text messaging, wearable physical activity monitors, and home blood pressure monitors.

Researchers in the Elson S. Floyd College of Medicine are working to better understand brain processes that may be the key to curing neurodegenerative diseases. Assistant research professor Jason Gerstner, Ph.D., and his team use fruit flies to study Alzheimer’s disease—the nation’s sixth leading cause of death—and recently made a discovery that could one day help delay its onset and reduce symptoms. 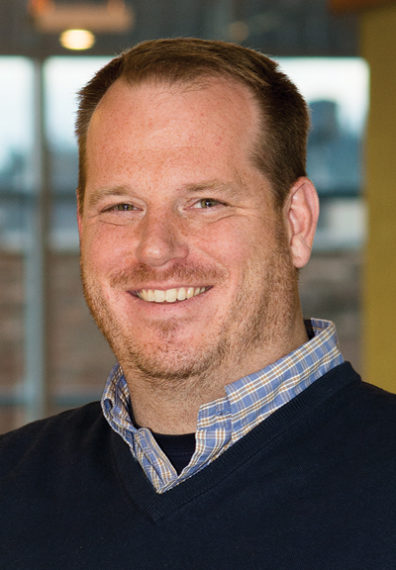 In his study, which was published in the Journal of Neuroscience Research, Gerstner looked at the interaction between two brain proteins—fatty acid binding proteins (Fabp) and beta-amyloid—in relation to the duration and timing of sleep. In earlier work Gerstner had found that genetically manipulated fruit flies with higher Fabp levels showed improved sleep and long-term memory formation. In this study, he paired that finding with knowledge on beta-amyloid, which clumps together inside Alzheimer’s patients’ brains and plays a role in disease onset and progression. Previous studies had suggested a relationship between increased levels of beta-amyloid and fragmented sleep.

Gerstner’s study found significant sleep fragmentation in genetically manipulated flies with higher beta-amyloid levels, before any cognitive decline. However, improved sleep was seen in flies that had also been manipulated to express higher Fabp levels.

Gerstner said the finding suggests that sleep disturbance may be an early warning sign for Alzheimer’s disease. Pending further research, it could also lead to the development of targeted treatments to increase sleep and reduce other Alzheimer’s symptoms—such as neurodegeneration and memory loss—that may be impacted by Fabp. 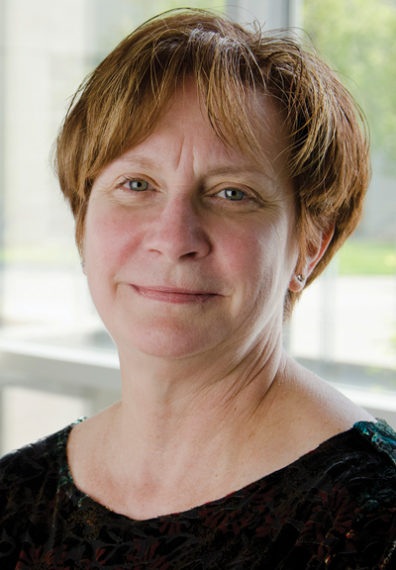 When disaster strikes, the National Guard is sometimes called upon to assist with demanding missions that may involve emergency medical assistance, search and rescue, or decontamination. Inevitably, these missions also involve fatigue, which is the subject of a two-year study led by Associate Professor of Nursing Denise Smart, Dr. P.H. The project is funded by a $365,000 grant from the Tri-Service Nursing Program, which facilitates nursing research aimed at optimizing the health of military members.

Smart’s study looks at the consequences of sleep deprivation and fatigue in National Guardsmen who are part of a medical response team. This past summer, she and her co-investigator, Assistant Professor Lois James, used wristband sleep/activity monitors, sleep surveys, and cognitive tasks to collect data from 29 members of a Texas-based medical response team, both prior to and during a planned weeklong disaster training exercise. More data will be collected during a second training planned for March 2017.

“Many medical response team members have civilian jobs that involve shiftwork,” she said. “Some will come out of a night shift and immediately go into disaster training, with days that can last as long as 18 or 24 hours.” When combined with the mentality that you should just keep pushing yourself, Smart said it leaves team members vulnerable to errors, injury, or worse.

Results from the study will be used to develop a fatigue risk management strategy to protect the health and safety of service members, civilian disaster response partners, and disaster victims.