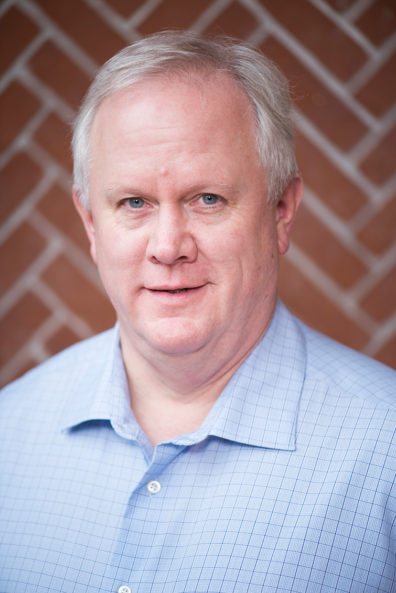 WSU Health Sciences has named Mark Leid the next dean of the College of Pharmacy and Pharmaceutical Sciences.

Leid, PhD, is currently an Oregon State University (OSU) College of Pharmacy professor and the associate dean for research. He is also a WSU Pharmacy alum.

“As a native of eastern Washington and a 1983 graduate of the College of Pharmacy, WSU has always held a special place in my heart. WSU trained me and made my entire career possible,” Leid said. “The current public health crisis highlights the clear need for the continued expansion of the role of pharmacists in team-based health care. I am highly enthusiastic about returning to the college and working with faculty and staff to train the next generation of exceptional, Cougar pharmacists and pharmaceutical scientists.”

With experience as a pharmacist and a researcher both in the United States and France, Leid has a vast and relevant background. His lab is known for its discovery of proteins that play key roles in the development of several organ systems. His current group research is directed at explaining the mechanisms by which specific proteins control mammalian developmental processes, such as that of the craniofacial skeleton.

“With Dr. Leid’s hire, it is particularly satisfying knowing we are bringing one of our own home,” said Daryll DeWald, vice president and chancellor for WSU Health Sciences. “What’s more, his unique ability to connect with individuals and inspire significant breakthroughs was evident throughout the interview process. It came as no surprise to us that he’d been voted pharmacy professor of the year six times by his students. We’re excited about his potential to do groundbreaking work at WSU.”

Added DeWald, “This is also an opportune time to express our gratitude to interim dean, Linda Garrelts MacLean, who showed thoughtful drive during her tenure. Her contributions are to be commended.”

Garrelts MacLean will hand over the reins to the college on July 1, 2020, then return to her role as a clinical professor and vice dean of external relations in the College of Pharmacy and Pharmaceutical Sciences.

“Mark will be joining us at a critical time as the college continues to advocate for improved access to pharmacist-provided health and wellness services in the communities that our graduates go on to serve. Our students are the medication experts. Additionally, the upward trajectory in our research is also putting our college on the map nationwide. I have every confidence that he will move forward these important initiatives to ensure that our graduate students, student pharmacists, faculty and staff thrive as our program flourishes.”

Leid will take the helm of a college going on 130 years at Washington State University that currently educates more than 600 students. The College of Pharmacy and Pharmaceutical Sciences is headquartered in Spokane and has students in both Spokane and Yakima. Graduates go on to work in government agencies, advocacy, businesses, research and community pharmacies. The college brought in $9.4 million in research funding in FY2019.

After receiving his degree in 1983, Leid spent two years practicing community and hospital pharmacy in Walla Walla, Washington, before entering graduate school at OSU. Leid continued to work as a pharmacist on evenings and weekends during his graduate studies. He received a PhD in pharmacology from OSU, then spent three years as a postdoctoral fellow in the Laboratoire de Génétique Moléculaire des Eucaryotes in Strasbourg, France. Mark returned to OSU as an assistant professor of Pharmacology in 1992, where he has been since.