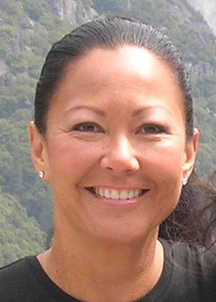 Of Cherokee descent, Sinclair is the first Native American to receive a Sahlin Faculty Excellence Award, the first individual from WSU Health Sciences campus in Spokane, and the first to be recognized for exceptional public service focused on reducing health inequities in underrepresented and underserved groups – including American Indian, Native Hawaiian, Pacific Islander and Latinx people.

Sinclair has spent more than 20 years working tirelessly to eliminate health disparities in these populations. While at WSU, she has created community-academic partnerships with three of the largest Native Hawaiian- and Pacific Islander-serving organizations in Washington to implement projects aimed at reducing high blood pressure – a critical mission for a people who suffer disproportionately from heart disease and have the highest incidence of stroke in the country. Sinclair has also forged a partnership with the Spokane Regional Health District to address the health needs of the 3,000 Marshallese people living in the greater Spokane area, many of whom suffer from high rates of diabetes, hypertension, and other common chronic conditions but are often uninsured and underserved.

The first investigator ever to be awarded funding from the National Institutes of Health to address obesity and diabetes among American Indian men, Sinclair conducts ground-breaking translational research across the nation to engage and motivate Native men to adopt healthier lifestyle habits. Each year, she attends American Indian and Native Hawaiian events that host thousands of people to conduct outreach and collect health needs assessments used to inform cutting-edge health research in tribal and urban Native communities.

Sinclair is deeply dedicated to the health and well-being of underserved people, especially those of Indigenous heritage.

“Engaging with communities means giving to them first,” she says. “And when it’s the right time, they will ask us what we need.”

Sinclair’s achievements reaching out to groups who are underrepresented in vital public health research have made WSU a trusted name in communities of color – locally, regionally and nationally. We thank her for her service!