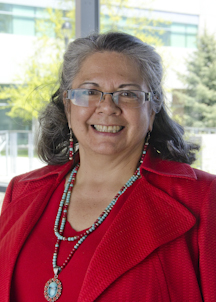 Robbie Paul, the Director of WSU Spokane’s Native American Health Sciences Institute, will be honored in October with the YWCA’s Women of Achievement award.

Paul, an enrolled member of the Nez Perce Tribe of Idaho, is one of seven honorees.

Paul has been instrumental in showcasing the health sciences programs offered through WSU to Native American populations.

Other Women of Achievement honorees with ties to WSU Spokane include Lisa Shaffer and Mari Clack.

Shaffer, the Founder and CEO of Paw Print Genetics, sits on the WSU Spokane Advisory Board. Clack was an early supporter of medical education in Spokane.

The seven Women of Achievement award winners will be recognized Oct. 7 at the Davenport Grand Hotel.