The WSU Spokane Advisory Council consists of members appointed by the vice president for health sciences and the president of the university. The council’s primary mission is to foster closer ties between WSU Spokane, its alumni, the community, the region and the state. Council members participate in an advisory role and are not part of the formal governance of WSU. The Council meets quarterly. 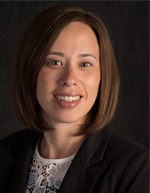 Kelly’s career has focused on building and cultivating relationships with officials at all levels of government as well as in the aviation, energy, electrical and electronic manufacturing fields. Currently, Kelly is the Manager of Public and External Affairs at Spokane International Airport. She brings over 20 years of experience in leading and working with diverse groups with divergent interests in the development of collaborative and comprehensive plans and policy to grow necessary infrastructure, enhance economic and workforce development, and support community interests. She also serves as a Commissioner on the Washington State Transportation Commission. 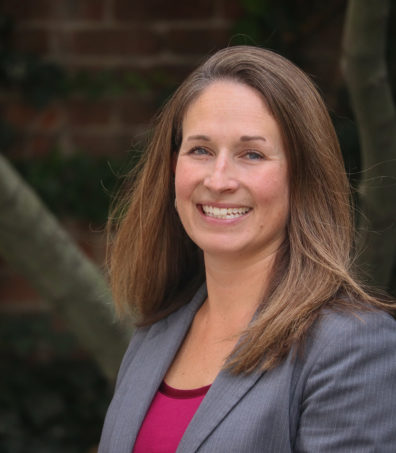 Alisha Benson is the Chief Executive Officer (CEO) for Greater Spokane Incorporated (GSI). Alisha has been with GSI for 12 years. During her time at GSI, she has held roles as Chief Strategy & Business Development Officer, COO, VP of Education & Workforce, Executive Director of Spokane STEM, and Membership Director. 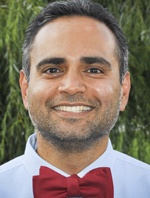 Manpreet earned his Bachelor of Science from the University of Washington. He earned his Doctor of Philosophy and Doctor of Pharmacy from the WSU College of Pharmacy and Pharmaceutical Sciences. Manpreet followed his passion in oncology to various inpatient and outpatient jobs, and in 2012 he joined the Summit Cancer Centers in Spokane as an Oncology Pharmacist. In June 2018, he transitioned to Pfizer Oncology as a Field Medical Director for Breast Cancer. Outside of his day job, Manpreet has continued to serve in many volunteer roles including Spokane Pharmacy Association, Washington State Pharmacy Association, WSU College of Pharmacy and Pharmaceutical Sciences, WSU Alumni Association, and Partners with Families & Children. 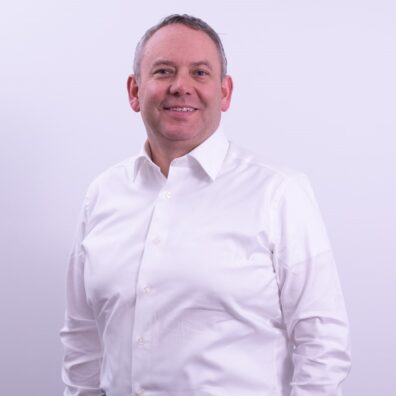 Prior to joining Premera, Condon spent eight years as the Mayor of Spokane, where he was the chief executive for a city of 210,00 with annual budget of $1.1 billion and 2,000 employees. During his time as mayor, Spokane saw a 37% increase in MHI, 63% increase in Library usage, 68% reduction in complaints against the police and $220 million investment in green infrastructure. Before becoming mayor, Condon’s professional career included serving in the U.S. Army, owning and operating small businesses, and serving as senior staff in the U.S. House of Representatives. 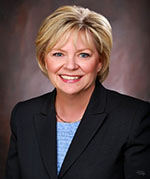 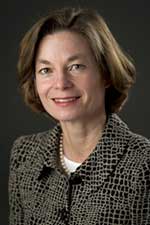 Betsy Cowles is the chairman of Cowles Company, a fourth-generation family-owned media, forest products, real estate, and insurance company headquartered in Spokane. She directly oversees the broadcasting, insurance, and real estate divisions of the company, which includes television stations in Washington and California; insurance clients in the Pacific Northwest and several mid-west states; and downtown Spokane’s River Park Square retail development and office buildings and other developments in Spokane Valley. 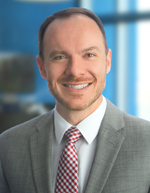 In his role with Numerica, Lars helps people grow in financial resilience and freedom. He advocates for making systems more just, efficient, and effective. And he helps tailor products and services to work for unbanked, underbanked, and minority populations.

Rich Hadley is President Emeritus of Greater Spokane Incorporated (GSI), the region’s chamber of commerce and economic development council, where he served as President and CEO for 21 years. 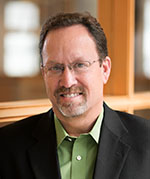 Rustin is the President/CEO of ALSC Architects P.S., a Spokane / Coeur d’Alene architectural firm that has served clients locally, nationally and internationally for over 70 years. He joined the firm in 1993 after spending nine years practicing in the Seattle area, and joined the ownership of the firm in 2000. Rustin, his five business partners and staff of 45 provide master planning, pre-design/feasibility studies, architectural and interior design services for higher education, municipal, K-12, sports and recreation, government and private clients. Throughout his career, Rustin has focused on developing his expertise in integrated project delivery, leadership development and community support through volunteerism. 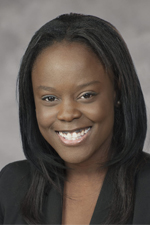 Latisha Hill is the Director of Business Development for Avista Corp. and a Senior Vice President for Avista Development, a subsidiary of Avista Corp. As a Senior Vice President at Avista Development, Latisha works to build economic vibrancy on behalf of the company. She is responsible for directing the strategic development and operations of non-utility properties to maximize return and contribution to the broader regional economy. She has more than two decades of experience working alongside communities, driving economic development, and leveraging her specialties in regional systems planning and policy. 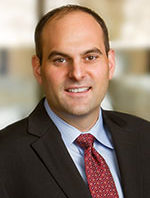 Manny has over 15 years of Financial Industry experience that includes roles in Branch Administration and Regional Management, Commercial and Private Banking, Financial Advising and Investments, Legislative and Government Relations, Mergers and Acquisitions, External Relations, and Business, Economic, and Community Development. He has a diverse background in leadership, operations, development, lending, underwriting, sales, marketing and communications, and executive management. 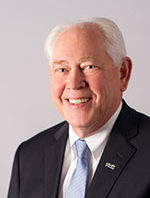 Tom Johnson retired as President/CEO of STCU in 2017, having been associated with the credit union for over 23 years, first as a member of the Board of Directors, then as an executive, serving his final seven years as CEO. Prior to STCU, Tom served as Vice President for Business Affairs at Whitworth University for 17 years. 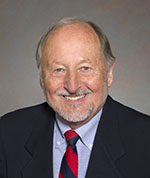 Jim Kolva is the owner of Jim Kolva Associates, a management consulting firm in Spokane. He assists clients with land use policy, environmental review under the State Environmental Policy Act, and renovation of historic buildings in downtown Spokane. 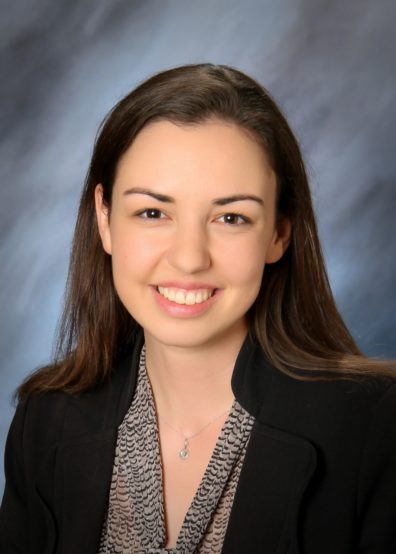 Katherine serves as the Spokane-Boise Market Manager for the Bank of America Local Markets Organization. In this role, she supports the local market goals of connecting businesses, families and individuals to the banking and investment teams that will help improve their financial lives. She also supports efforts to deploy Bank of America’s resources in the market to strengthen the community. 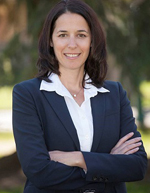 Shelly O’Quinn is the CEO of Innovia Foundation, which serves 10 counties in Eastern Washington, 10 counties in North Idaho and six tribes. As a former Spokane County Commissioner with a passion to bring people together for meaningful civic dialogue, Shelly has created an organizational culture and climate that elevates all voices. Her reputation as a team builder and change agent has brought about systemic positive transformation within the organization in just a few short years. 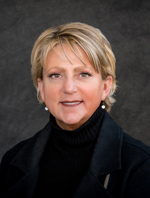 Kim is a graduate of Gonzaga Preparatory High School and Washington State University. She is a 1995 Graduate of Leadership Spokane, a past board president of Executive Women International Spokane Chapter and a Past Board President of the Boys and Girls Clubs of Spokane County. 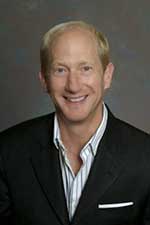 Tom Reese is the Spokane branch manager for URS Corporation, which provides engineering, construction, and technical services to public agencies and private sector companies around the world. 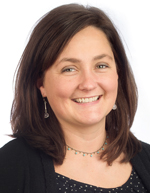 Juliet brings over 25 years’ experience in urban design, master planning, project management, community engagement, and sustainable community development from her work in both the Seattle and Spokane areas. Juliet has served as Economic Development Manager for the Downtown Spokane Partnership where she led development of support services for downtown Spokane businesses and startups through strategic planning, urban projects, public art, and partnership development. Juliet also oversaw the community vision development and management of the Riverfront Park Master Plan which led to the successful voter approval of a $64.3 million bond. 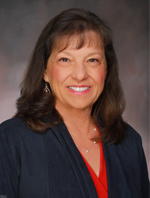 Susan Stacey is the Chief Nursing Officer at Providence Sacred Heart Medical Center and Children’s hospital.  In this role she oversees patient care in all areas of the hospital including the emergency and trauma services, adult critical care, adult acute care, women’s services, psychiatry, and the Children’s Hospital. 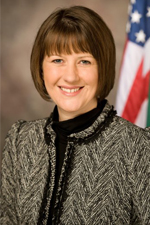 Amber Waldref represented District 1 for the Spokane City Council. In that role, she was a member of the Spokane Transit Authority Board, the chairs of the Board of Health, Public Works Committee and the Spokane Regional Transportation Council. 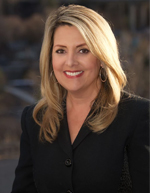 Born and raised in Washington State, Mayor Woodward believes in the value of hard work and giving back to the community. As Mayor, she looks forward to working with citizens and community leaders to move Spokane forward with positive and impactful solutions to today’s most pressing issues.