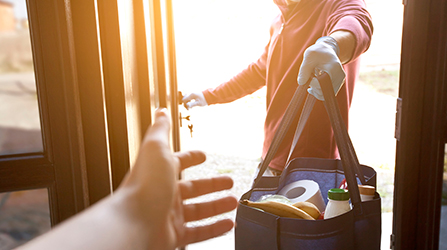 A pilot project in Washington to make online grocery buying more widely available to SNAP recipients is already near its goal, buoyed in part by pandemic shutdowns. But though nearly 80% of beneficiaries of the Supplemental Nutrition Assistance Program — previously known as food stamps — have access to online grocery buying and delivery in the state, those services are concentrated in urban areas, a new study by WSU College of Nursing PhD student Shawna Beese found.
» Read more 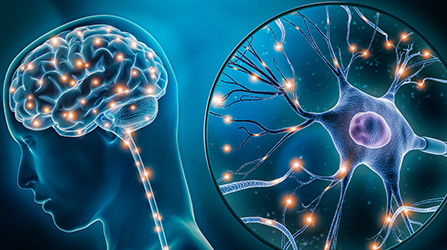 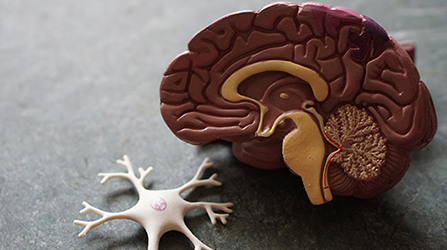 Researchers at Washington State University Health Sciences Spokane will spend the next three years conducting research aimed at improving brain health in older adults, thanks to nearly $500,000 in grants funded by the Alzheimer’s Association.
» Read more 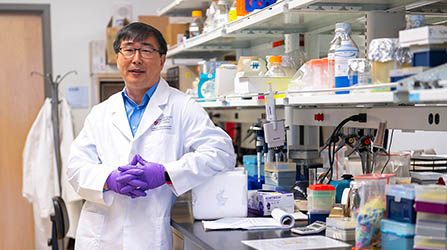 A type of white blood cell previously known only as a helper in the immune system appears also to be the instigator of the body’s defenses against cancerous tumors. The discovery could lead to more effective cancer immunotherapy.
» Read more 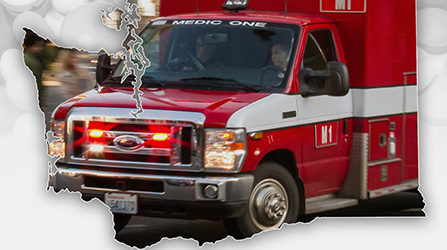 While opioid-use cuts across socio-economic boundaries, racial and ethnic minorities in Washington state are more likely to suffer fatal overdoses earlier in their lives than non-Hispanic white residents, according to a recent study.
» Read more 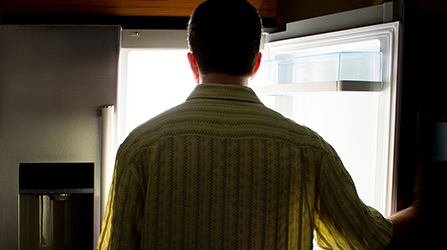 Young adults who were at risk of food insecurity had increased incidence of diabetes 10 years later, according to a Washington State University study.
» Read more 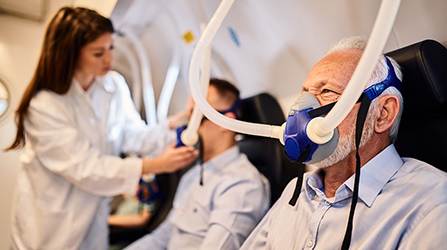 Hyperbaric oxygen therapy may help people being treated for opioid addiction reduce their methadone dose and better manage pain and withdrawal symptoms, according to a pair of studies led by Washington State University scientists.
» Read more 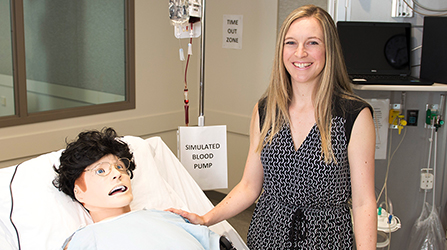 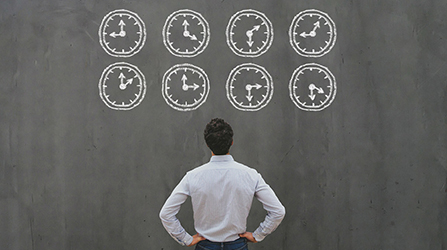 Contrary to popular productivity advice, the optimal time of day to write emails, conduct meetings or crunch numbers does not inherently differ from task to task, according to new research led by Washington State University sleep scientists.
» Read more 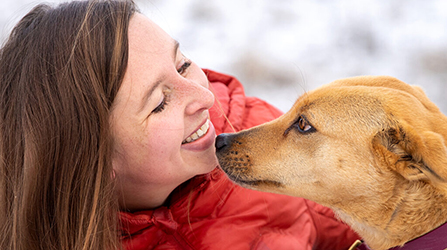 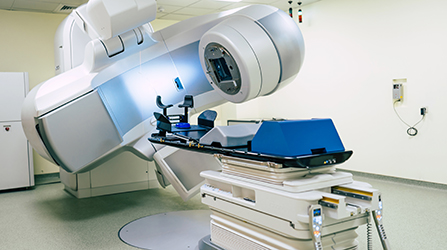 Experiencing higher rates of certain cancers than non-Hispanic whites, many Native Americans have to travel especially large distances to access radiation therapy, according to a study led by Washington State University researchers.

Published in the journal Value in Health, the study found that individuals living in U.S. neighborhoods with majority American Indian and Alaska Native populations have to travel around 40 miles farther to the nearest radiation therapy facility than those living in neighborhoods dominated by other racial groups.
» Read more

Researcher on the Rise

In July 2020—while the nation was still in the throes of COVID restrictions—Patrick Solverson drove across the country from Vermont to start his new position as an assistant professor in the WSU College of Medicine’s Department of Nutrition and Exercise Physiology. Stored safely in his back seat was $3,000 worth of pure elderberry juice, an essential component of his research on the potential effects of elderberry juice consumption on obesity and metabolic disease.
» Read more

Neuroscientist and sleep researcher Marcos Frank (College of Medicine/Sleep and Performance Research Center) talked to CNN for an article that explains why dogs look like they are running while sleeping. The article was also picked up by a variety of print and broadcast news media across the country and around the world.

Spectrum—a news outlet focused on autism research—recently featured scientist Lucia Peixoto (College of Medicine/Sleep and Performance Research Center) as a rising star for her research on the connection between sleep and autism.

Seattle-based KOMO News interviewed Solmaz Amiri (College of Medicine/IREACH) for a TV news segment on a study that showed that minorities living in Washington state die at younger ages from opioids than whites.

Research by Cassandra Nguyen (College of Medicine/IREACH) that shows that food insecurity in young adulthood increases diabetes risk later in life was the topic of an article on health news site HealthDay.

Hans Van Dongen (College of Medicine/Sleep and Performance Research Center) was quoted in a MedPageToday article that covered a panel discussion on the contribution of sleep deprivation to healthcare worker burnout. Van Dongen was one of the featured panelists at the event, which took place as part of the SLEEP 2022 conference held in Charlotte, North Carolina, in early June.

A study on the impact of loosening restrictions on take-home methadone doses led by Ofer Amram (College of Medicine) was mentioned in an LA Times article highlighting barriers to treatment access in Los Angeles’ Skid Row neighborhood.

Research led by Phil Lazarus (College of Pharmacy & Pharmaceutical Sciences) that suggests cannabis use can cause harmful drug-drug interactions was the topic of a recent Washington State Magazine feature titled ‘Weeding Out Drug Clash.”

The National Institute of Mental Health is featuring Oladunni Oluwoye—an assistant professor and researcher in the College of Medicine—as one of three women leading mental health research. The section highlights early-career women scientists who conduct NIMH-funded research that advances its mission of transforming the understanding and treatment of mental illness. Oluwoye’s research focuses on improving family engagement in first episode psychosis treatment, with a focus on racial equity in treatment access.

The WSU Association for Faculty Women recently presented WSU Spokane executive vice chancellor for research and administration Celestina Barbosa-Leiker with its 2022 Sam H. Smith Leadership Award. Barbosa-Leiker received the award for her efforts to advance the role of women at the university. In a separate honor, Washington STEM also highlighted her as a Notable Woman in STEM.

Professor of Pharmaceutical Sciences Mary Paine (at right, center) was named the recipient of this year’s Chancellor’s Excellence Award for Research and Scholarship. Paine leads the Center of Excellence for Natural Product Drug Interaction Research (NaPDI Center), an NIH-funded, multidisciplinary effort that aims to establish best practices on studying the complex interactions between natural products—such as cannabis, green tea, goldenseal, and kratom—and pharmaceutical drugs. Other researchers honored during the award ceremony include Anna Zamora-Kapoor (College of Medicine/IREACH), who received the Chancellor’s Excellence Award for Diversity and Inclusion, and Bhagwat Prasad (College of Pharmacy and Pharmaceutical Sciences), who was the recipient of the Chancellor’s Excellence Award for Service and Community Impact.

Associate professor Ka’imi Sinclair (College of Nursing/IREACH) has received a four-year, $1,188,730 grant from the American Heart Association for a project aimed at increasing the participation of American Indians in clinical trials. American Indians experience considerable health disparities compared to the general US population yet remain underrepresented in research. Without participants from a broad range of backgrounds, researchers cannot fully understand how study findings will translate into real-world application. This new project will involve a study to identify key factors that facilitate or hinder American Indian participation in clinical trials. This will be followed by the development and evaluation of a novel intervention—“Research Is Ceremony”—to promote participation and retention of American Indians in an existing clinical trial on the effects on cognition of positive airway pressure treatment for obstructive sleep apnea. Findings from this research may be broadly applicable to other populations and help advance the science of diversity in clinical trials.

Professor Michael McDonell (Elson S. Floyd College of Medicine) and associate professor Marian Wilson (College of Nursing) have received $930,065 in funding from the National Institute of Health’s Native American Research Centers for Health program for a four-year study of the relationship between cannabis use and pain at a Native health clinic. Previous research suggests that THC in cannabis may have a positive effect on anxiety, depression, and sleep. This raises the possibility that THC not only provides direct pain relief but may also ease symptoms associated with pain, such as poor sleep and mood. The WSU research team will conduct a comprehensive analysis of patient demographics and data on cannabis use, pain, mood, and sleep to determine how cannabis impacts pain intensity and interference in 350 adults seeking pain care at a Native-owned and operated natural healing clinic in Washington State. The grant will also provide opportunities for research training for Native students through Northwest Indian College—a partner on this grant—and WSU’s Native American Health Sciences Program.

Associate professor Bhagwat Prasad (College of Pharmacy and Pharmaceutical Sciences) has been awarded a $150K contract with Takeda Millennium, a pharmaceutical company focused on the discovery and development of medications for cancer treatment. The funding supports a project that is part of the Proteomics-based Research Initiative for Non-CYP Enzymes (PRINCE), a research collaboration between Washington State University and pharmaceutical companies Genentech, Gilead, and Takeda. The project is aimed at improving the predictability of drug metabolism and drug interaction of new candidate drugs. Non-cytochrome P450 (non-CYP) enzymes play an important role in the metabolism of many drugs. When drug metabolism findings in non-CYP enzymes cannot be reliably extrapolated from an in vitro environment (i.e., test tube or petri dish) to in vivo (a living organism), this results in unpredictable pharmacokinetics and safety of drugs. To address these challenges, Prasad and his team will test a novel in vitro to in vivo extrapolation approach in both an in vitro system and human tissues.

This summary provides an overview of funding activity in the third quarter of this fiscal year, which covers awards for new and continuing research and other sponsored projects received between January 1 and March 31.
» Read more

Watch Now: Wake Up with Research

If you have ideas or suggestions for research stories that you would like to see featured here, please use the Research News submission form to submit them for consideration. Thank you!