The purpose of the Stier lecture is to feature key leaders in medicine whose works have increased professional and public understanding of new technologies and challenging issues. The lectures began in 1996 and are funded by an endowment established by Alton R. Stier, M.D., and Robert A. (Bud) Stier, M.D., in honor of their father, Robert F.E. Stier, a co-founder of HollisterStier pharmaceutical manufacturing that began in Spokane in 1921.

Presented by Dr. Ben Danielson:  Where Are We On the Equity Journey? 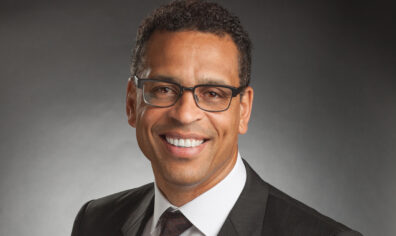 Dr. Danielson is a clinical professor of Pediatrics at the University of Washington.

For two decades he was the medical director at the Odessa Brown Children’s Clinic which serves mostly low income families in an historically Black community. He resigned in late 2020 in protest of racism and related dysfunctions at the clinic’s overseeing entity: Seattle Children’s Hospital.

The unifying thread in Dr. Danielson’s activities relates to promoting well-being and dignity, especially for communities who have been pushed aside. He has found opportunities within and outside of systems to advocate in partnership with groups and individuals who are dedicated and passionate about creating a better world.

In 1921, Dr. Robert F. E. Stier and Guy Hollister started the first clinical laboratory in Spokane outside of the hospitals and prepared their first batch of allergy medicine. The company grew into the international HollisterStier pharmaceutical manufacturing company that still has a division in Spokane.

Stier also was the pathologist at St. Luke’s Hospital in Spokane and had developed an extensive service area for lab and tissue pathology services in eastern Washington, Idaho, eastern Oregon, western Montana and British Columbia. Stier and Hollister added sales of allergy products to the regional service area, and the company eventually expanded its territory nationally and internationally until Hollister Stier Laboratories became the largest allergen manufacturer in the world.

In 1955, Hollister Stier became a subsidiary of Cutter Laboratories, and thus began a series of mergers and acquisitions. In 2017, the Hollister Stier pharmaceutical manufacturing division in Spokane is owned by Jubiliant Life Sciences headquartered in India.

Robert F. E. Stier’s influence in the community extended to medical practice, teaching, and business that helped to make Spokane the medical and educational center that we find today. His two sons – Robert A. and Alton R. Stier – both became physicians and businessmen in Spokane and joined together to honor their father with the Robert F.E. Stier Lecture in Medicine at WSU Spokane. Lectures began in 1996 with the purpose of featuring key leaders in medicine whose works have increased professional and public understanding of new technologies and challenging issues.