Nourishing your body with nutritious food is a key component to get through long, busy and perhaps stressful work days. Use this simple guide to create your own balanced lunch, and you may find you have both increased and sustained energy throughout the day. Check out more quick tips and recipe ideas below! END_OF_DOCUMENT_TOKEN_TO_BE_REPLACED

I would like to share the following email message that I received from one of my mentors, Dr. Jon Kabat-Zinn today in the wake of the latest tragedies in Nice, France.

“It strikes me at this particular moment on the planet that the well-being of the world itself depends on our willingness—each and every one of us—to tap into our capacity for embodied wisdom. That is precisely what the cultivation of mindfulness offers. It is a way to, in Derek Walcott’s words, “give back your heart to yourself,” and in doing so, to live and love and work in ways that are inwardly and outwardly healing and transformative. END_OF_DOCUMENT_TOKEN_TO_BE_REPLACED

Life without fun and games isn’t just dull – it’s downright unhealthy.  Take time to enjoy life and unplug from everyday stresses to help decrease cravings for junk food and boost your metabolism.  Here are four ways to reconnect with your carefree side for your best summer ever:

1. Add fun to things you do every day.

END_OF_DOCUMENT_TOKEN_TO_BE_REPLACED

This article originally appeared in Washington State Magazine and is reposted with permission from Rebecca Phillips, ’76, ’81, DVM

They call it Tangletown—a Seattle neighborhood where streets and trolley tracks intersect like wayward skeins of yarn. In the 1930s, local residents routinely chose the trolley for trips to work, the market, or hardware store. They did that several times a day and it involved a lot of walking, says Glen Duncan, professor in the Elson S. Floyd College of Medicine and chair of nutrition and exercise physiology at WSU Spokane. END_OF_DOCUMENT_TOKEN_TO_BE_REPLACED

This article originally appeared in the Washington Post and is reposted with permission from author Joyce Russell, senior associate dean of learning at the University of Maryland’s Robert H. Smith School of Business.

Stressed? Overworked? Feeling out of control? Sound familiar? Thanks to technology and the 24/7 world we live in, the pressure seemingly never ends. Workers feel they are on call at all times, day or night, and that they are never caught up. Most would say they work too many hours, and often with few real breaks. END_OF_DOCUMENT_TOKEN_TO_BE_REPLACED 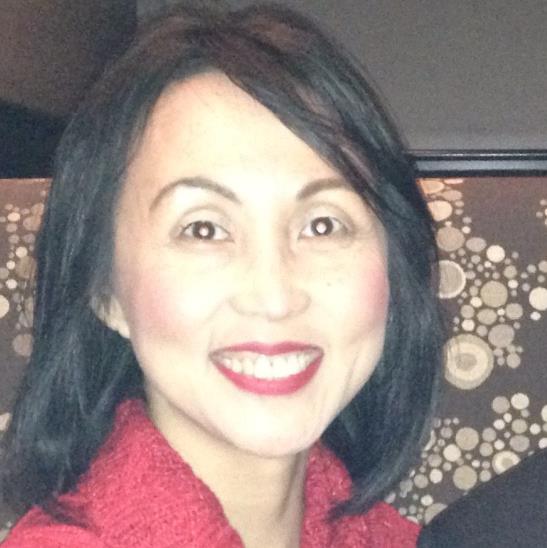 A special colleague spotlight this week as we recognize Grace Leaf for her outstanding work at WSU and wish her well on her new phase in her career journey. We want to express gratitude and appreciation for all your hard work here at WSU. You have provided students and staff with so much loving support, organization and leadership. We truly recognize what an incredible gift you have been to our work environment. We are so excited for you and this new phase of your career, but know that you will be greatly missed by all.

What is your department/location on campus? NEP, SHER 306

How long have you worked for WSU? Since October 2014

Can you tell us a bit about your degree/background? BA Comm, WSU; Master’s in Org Leadership Gonzaga; All but dissertation in the Doctoral Program in Leadership, Gonzaga

Where are you from? Chewelah

What do you enjoy/like best about your job? My awesome students! They are the reason I get out of bed every day.

What are some of your hobbies and interests? Hiking, reading, writing; Curator for TEDxSpokane

What is one of your own wellness tips/healthy habits that you love to follow? Dance! It’s good for your body and your soul. I used to teach dance aerobics until I broke 4 ribs last year, and being injured taught me the value of activity and how it feels to live with a chronic condition to adapt and make your way back to health.

We are approaching the spring harvest, which means that for most locally participating farms it is the last call to sign up for the seasons Community Supported Agriculture (CSA). CSA is a way for consumers to buy local and seasonal produce from a farmer in their community.

When you become a CSA member to a certain farm you are purchasing a “share” of produce from the farm. Most are set up as weekly or bi-weekly pick ups running from June-October. Most farms offer different size quantities of produce in each box depending on the number of people you are hoping to feed. Prices and payment plans vary by farm, but information is often detailed out on their websites. Some farms even offer additional goods like eggs, meat and breads!

After signing up as a member of a CSA program, farmers/volunteers will drop off the share of produce to a convenient location in your neighborhood for you to pick up.

So what are the benefits of joining a CSA, you ask? Joining a CSA allows you to access produce that is high quality, fresh, locally grown and can often cut down on your weekly grocery bill. You have the opportunity to gain knowledge of produce seasons, what grows in your area and learn how to cook with new ingredients.

Check out these CSA’s that are local to Spokane for more information about signing up!

END_OF_DOCUMENT_TOKEN_TO_BE_REPLACED

The U.S. Surgeon General wants YOU to get off the couch and start moving. In the new Step It Up! program, Dr. Vivek Murthy urges walking or wheelchair rolling for all Americans. He’s not alone—the Centers for Disease Control touts walking as the closest thing to a wonder drug without any side effects, says April Davis ’97, ’09, ’12 MS, clinical assistant professor in the WSU Spokane Program in Nutrition and Exercise Physiology. Like Panacea, the mythical Greek goddess of universal remedy, walking has something for everyone.

Since Kenneth Cooper first popularized aerobics in 1968, millions of Americans have taken up running, cycling, and other intensive exercises as the way to achieve cardiovascular fitness and overall health. Walking can seem counterintuitive.

Yet from ancient times physicians have praised, and prescribed, the healing powers of more moderate exercise. It was only in the early 1900s with the advent of germ theory, vaccinations, and antibiotics that medical exercise began to wane. Davis and others are calling for a revival.

Davis oversees the annual Health and Fitness Clinic held in Spokane each October through May. Free to the public and staffed by student clinicians, the program offers one-on-one lifestyle coaching, detailed diet plans, and exercise routines that promote moderate activity like walking.

Davis says studies show walking just two and a half hours per week leads to a 30 percent reduction in heart disease risk—that’s only 21 minutes each day or 30 minutes a day for 5 days.

Physical therapist Ed Robertson agrees. A manager of the Summit Therapy satellite clinic at WSU Pullman, Robertson says, “Walking is sustainable till the end of your days. The risk of injury is low and almost anyone can do it even following an accident or illness. Some studies suggest that 60 percent of all runners will be injured in any given year. So, if people dialed down that activity a little bit, they could likely do it forever.”

A 15- to 20-minute walk can also provide emotional, psychological, and spiritual benefits, similar to meditation or prayer. “For many people, the best ideas come to them either in the shower or on a solitary walk,” says Robertson. “Those are often the only opportunities during the day for free association—making subconscious links and connections that might not occur while staring at a spreadsheet or computer monitor. And lunchtime walks with co-workers offer a chance to decompress and vent that helps preserve our sanity,” he adds.

Walking, especially in nature, is known to alleviate depression by raising endorphin levels, which leads to better sleep patterns and improved mood, Davis says. Studies show that exposure to natural light and terrain allows the brain to recuperate in preparation for renewed mental effort later.

She says the effects are so tangible that many doctors have come full circle, once again picking up the pad and prescribing that age-old remedy: “Take a long walk and if you still need to…call me in the morning.”

Take advantage of the SmartHealth Wellness Incentive! HRS and APAC will be hosting a brown-bag presentation to review the SmarthHealth Portal.  We’ll review how to access the SmartHealth Portal as well as some of the more popular activities you can choose from.

After finishing the Well-being Assessment (available through the portal), complete activities on the SmartHealth website to earn more points. If you reach 2,000 total points by September 30, 2016, you’ll qualify to receive a $125 wellness incentive for the 2017 Plan Year (if you meet PEBB eligibility requirements in January 2017).

Act Now! If you complete your assessment by March 31, you will get an extra 100 points!

Events listed are intended for campus faculty, staff and students.