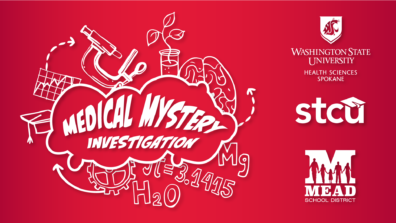 At the end of the investigation, Mead students are able to share their conclusions based on the clues and their notes, and WSU Health Sciences reveals the true diagnosis.

Thank you to our partners: 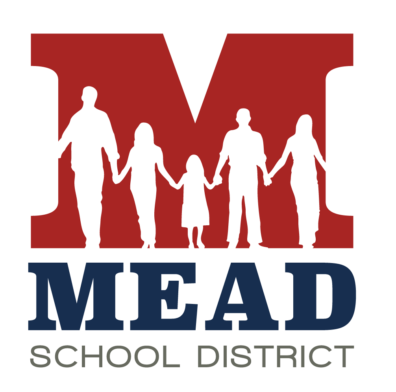 Here’s the scenario presented to Mead middle school students during the 2021 virtual event:

Sally is an 18-year-old female in her senior year in high school. Sally plays soccer and tennis. She is also a hard-working and high-achieving student with a 3.8 GPA. Sally is the captain of both the soccer and tennis team, and she is hoping to earn a scholarship to play soccer at Washington State University.

During her junior year of high school, she began experiencing a slight “tight” feeling in her throat and chest area that was also accompanied by some coughing. The symptoms always occurred during exercise. When the uncomfortable symptoms appeared, Sally would take a short break and the symptoms resolved pretty quickly on their own. Although she continued training for her sports throughout the summer months, she did not experience any significant symptoms during this time.

Upon starting her senior year and the competitive soccer season, her symptoms reappeared. The symptoms got progressively worse during the first few weeks of the season, and they usually presented during practice or a game. In one event, Sally experienced acid reflux or a heartburn-like feeling after a particularly intense game.

Most of her symptoms appeared more often during games when she was working hard and feeling stressed or anxious. The symptoms consisted of a very tight, choking-like feeling in the throat and chest, and difficulty breathing. She also described an audible, wheezing-like sound that seemed to originate in her throat or chest.

When her symptoms appeared, Sally stated that she would take short breaks to focus on taking deep, slow breaths, and relaxing as much as possible. In general, this technique would take care of the symptoms within a few minutes. Will Sally have to give up her dream of playing college soccer?

Read the detailed scenario and clues here. View the videos below: