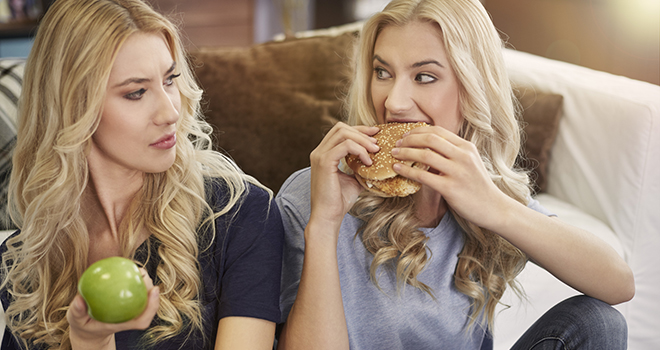 Many people’s best ideas may come in the shower, but for Dedra Buchwald—director of the WSU Institute for Research and Education to Advance Community Health—one stroke of research genius hit her at her local driver’s licensing office almost 25 years ago. A professor of medicine at the University of Washington at the time, Buchwald had gone in to replace a lost driver’s license. While filling out a form, a question caught her eye: “Are you a twin or a triplet?”

At that time, Washington driver’s license numbers were generated based on a combination of characters representing an applicant’s name and birth date. This meant that twins with similar first names could end up with identical numbers, so asking the question allowed the Department of Licensing to avoid duplicating numbers. To Buchwald, it presented an opportunity to work with the state to create an invaluable resource that didn’t yet exist here: a twin research registry.

Now led by Glen Duncan, professor in the Elson S. Floyd College of Medicine and chair of the Department of Nutrition and Exercise Physiology, the Washington State Twin Registry encompasses thousands of twin pairs. Based on twins’ responses to an initial enrollment survey and regular follow-up surveys, Duncan and his team use data from the registry to study the connection between people’s lifestyle behaviors and living environment and their physical and mental health.

Studying these complex questions in twins enables the researchers to draw conclusions with a greater degree of certainty than they could if studying unrelated individuals.

“In any study, when you look at associations between behaviors and outcomes, you don’t know whether what you’re seeing is just correlation or whether there’s actually a causal link between the two,” said Duncan. “By doing our research in twins—which share 100 percent of genes for identical twins and 50 percent of genes for fraternal twins—we can control for their shared genetics as well as the fact that they were raised in a common environment. This allows us to increase our confidence as to whether associations we are seeing are real and not just statistical artifacts.”

During the COVID pandemic, the twin registry allowed them to conduct timely research on the effects of pandemic measures on physical and mental health. This included studies on how changes in physical activity levels during stay-at-home orders affected stress and anxiety, the impact of lockdowns on alcohol use, and the effects of mental health on sleep.

In a more recent study of more than 6,000 twin pairs, Duncan and his team analyzed relationships between five key lifestyle behaviors and body mass index (BMI) and symptoms of depression. The behaviors included in the study were sleeping 8 or more hours of per night, consuming 5 or more servings of fruits and vegetables daily, spending a maximum of 2 hours per day sitting, getting at least 150 minutes of physical activity per week, and no smoking.

“Given that it’s very difficult for anyone to meet all five of these standards, what we really wanted to tease out is which of these behaviors, alone or in combination, have the most impact on these common health outcomes,” said Duncan. “What we found was that meeting the standards for moderate to vigorous physical activity and levels of time spent sitting appeared to be the most important for BMI and spending little time sitting and no smoking seemed to have the most potent influence on depression symptoms.”

Based on data collected at a single point in time, their findings suggest a need for researchers to conduct longitudinal studies in a more diverse population of twins to establish a potential causal relationship between these behaviors and outcomes. That could help those struggling to meet multiple health standards know which behaviors to prioritize to increase their chances of successfully fighting obesity and depression.

Pending funding, the next major project Duncan’s team hopes to tackle will look at how people’s living environment influences the rate at which they age.

“There’s a lot of evidence that suggests that people age differently and that your calendar age may not mean as much as we thought,” he said. “Our plan is to analyze existing DNA samples collected more than a decade ago alongside newly collected samples from the same twin pairs, determining their biological rather than chronological aging trajectories and associating these with measures of their cognitive function. Ultimately, what we hope to uncover is what factors—such as whether or not you live in a disadvantaged area—actually accelerate your biological age independent of individual risk factors.”